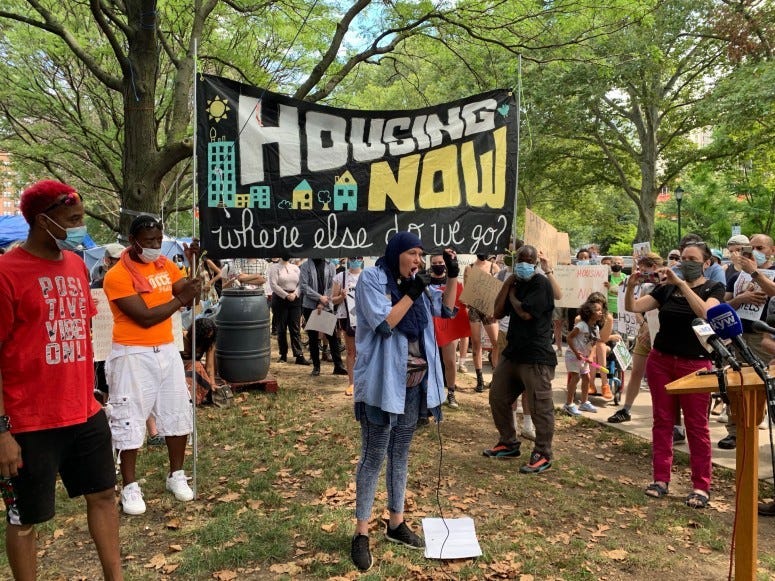 PHILADELPHIA (KYW Newsradio) — The organizers of an encampment on the Benjamin Franklin Parkway have responded to the city of Philadelphia's announcement that the camp must close by this Friday. They held a news conference emphasizing their intention to stay put.

A series of speakers, most of whom are living in the camp, talked about their experience with homelessness and what they consider inadequate services to address their problems.

Organizer Jennifer Bennetch said the encampment is more than a protest.

“This is a civil war. While the city seizes our homes and sells them off, sells all the public housing off, they have created this,” Bennetch said.

The organizers distributed email exchanges with the city and Philadelphia Housing Authority, which appear to confirm city officials' account that they have offered a number of placement alternatives to the residents, including space in COVID-19 prevention hotels and treatment beds, which the organizers rejected.

One criticism from the organizers was that the treatment beds have no-smoking rules.

At the news conference, residents were urged not to accept the city's offer.

“Hopefully everybody here hasn't taken any deals. No deals with DHS. Take no deals. We go all the way to the end,” one of the organizers said.

City officials say they remain hopeful residents will accept services and have not worked out a plan to clear the camp if the residents are still there on Friday.