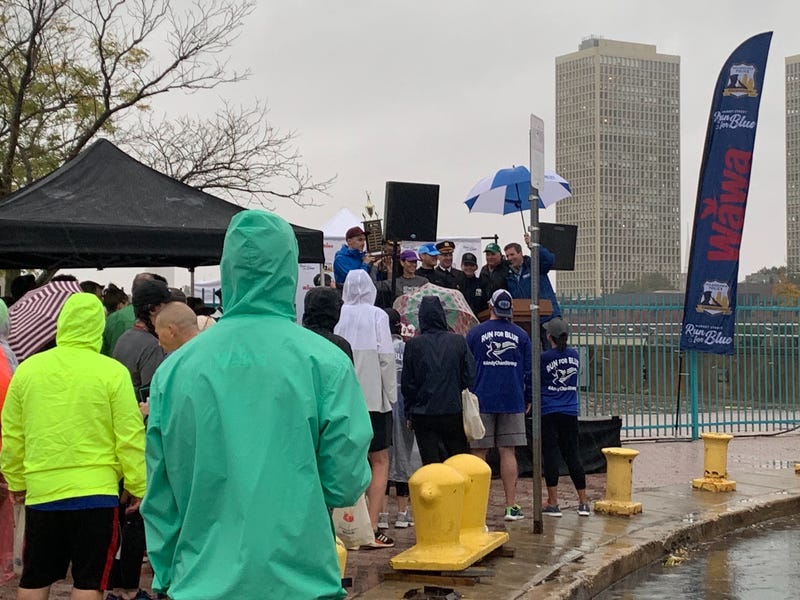 Capt. Javier Rodriguez of the 25th District was one of the runners, and thanked what he called the "silent majority" who support the police.

"It's good to actually see that when we come out here and we see people running with us that aren't family members, that aren't police officers themselves," he said. "So it's very — it's overwhelming."

Eddie Lopez, president of the Spanish American Law Enforcement Association, admitted there are "a couple rotten apples," but officers as a whole are hard workers.

"We understand that," continued Lopez, "but 99% of the police officers out here, come out, put their lives every day for everybody out there. And we really care — we want to let everyone know."

High school senior Bernadette Shields felt a sense of community among the police and police supporters.

"When I was down, just high-fiving the police officers and even high-fiving people as they were coming in the opposite direction," Shields recalled, "it just created a sense of Philly pride and community in general."

Maureen Rush, president of the Philadelphia Police Foundation, said there was a heartfelt moment for Highway Patrol Officer Andy Chan, who was injured in a motorcycle accident in January.

"His family put together the Andy Chan Strong running team, and they were one of the winners," Rush explained. "We know that Andy will be smiling today."