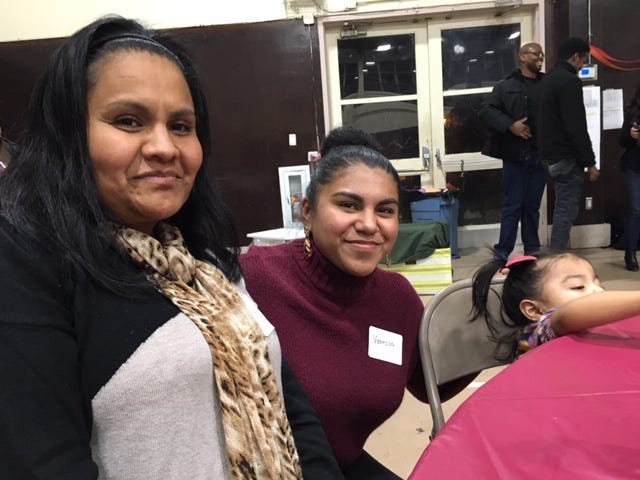 Ari Pinski was one of more more than 100 people who packed the Old Pine Community Center. Some were newly arrived immigrants and refugees, others were community members extending a helping hand and offering a friendly face.

"Our founding fathers stated that we are the home of the free and home of the brave, those in need," he said.

HIAS PA organized the day for guests to experience the welcoming spirit of American communities during what is a frightening political climate for many immigrants.

Vanessa, who declined to give her last name, says the event is exactly what she and her family needed after being under the threat of deportation.

"We couldnt miss it today, because recently my parents were in deportation court," she said.

Vanessa says she's thankful her family can stay together just in time for the holiday.

Daniella Scruggs with the organization says the goal was to remind everyone of more generous times in our nation's history.

"We celebrate when newcomers came to the United States and were welcomed by people that already lived here," Scruggs said.

Thanksgiving is special, and this celebration is often their first truly American holiday.

"Thanksgiving isn't celebrated outside the U.S., and for most, this is the first time they're having turkey and all the stuffing," she said.

The inclusive community experience is what Temi Obaisi says was exactly what she needed when she arrived in United States.

"I'm an immigrant, myself," said Obaisi. "I came about 10 years ago, and if there was an organization like this when I came, I would have found a way to build community."

Pinski said he hopes this community spirit will inspire leaders to be more generous as well.