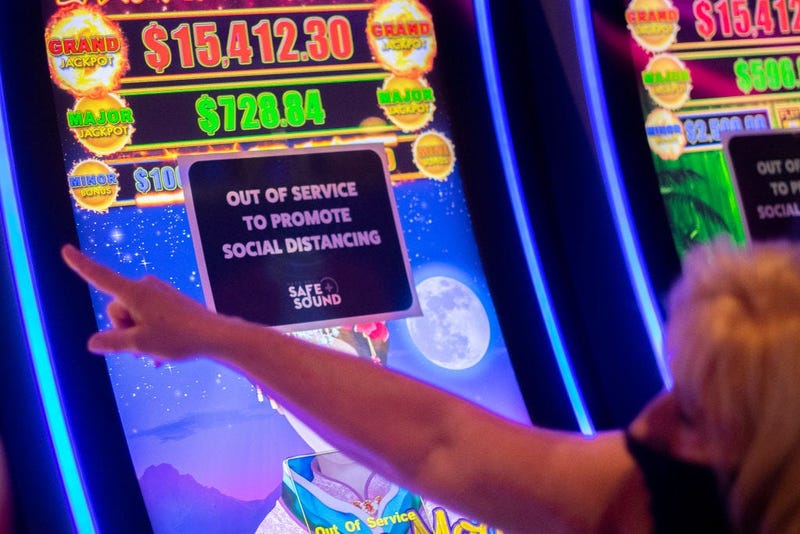 PHILADELPHIA (KYW Newsradio) — Atlantic City casinos saw gaming profits drop last month by almost half compared to last year, according to the monthly report from the state Division of Gaming Enforcement. But they’ll take what they can get given the pandemic closed them for four months.

Eight of the nine casinos reopened around the July Fourth weekend. Borgata came back near the end of the month. The total take between them is over $147 million.

Jane Bokunewicz, who coordinates the Levinson Institute of Gaming, Hospitality and Tourism at Stockton University, suggests you remember what they were up against.

“They were operating at 25% capacity, people had to wear masks, there was a lot of concern that people would not want to return yet so soon,” she told KYW Newsradio. “But being down 46% really wasn’t that bad.”

On the bright side, they did have online sports betting and casino games.

“Internet gaming was up 122% which was fantastic, and sports wagering was up more than 100% at the casino properties,” Bokunewicz added. “So those two things have been keeping the industry afloat.”

Only Ocean and Golden Nugget increased business year to year. The rest were off between 20% and 70%.

Bokunewicz can’t say what the next few months might be like. More people might get comfortable with hitting the shore casinos, but the fall will see fewer people making the trip.