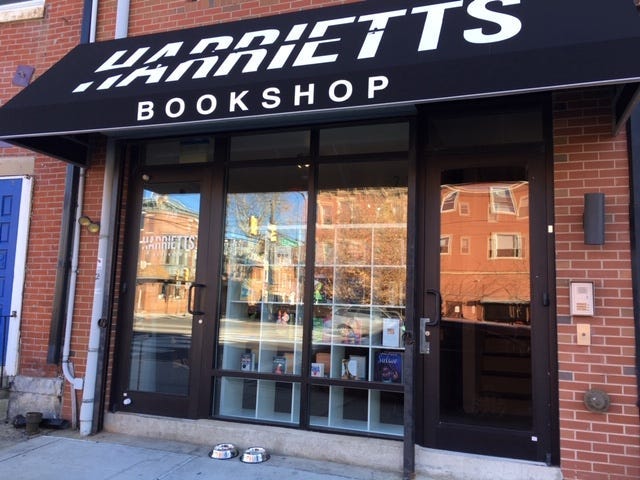 Jeannine Cook greets everyone personally when they walk through the doors of Harriett's Bookshop, because Cook says community is built on personal connections.

A teacher, an author and an activist, Cook decided now was the time — given the current political climate and growing racial tensions — a bookshop focused on strengthening connections was needed.

"When the world is saying it's necessary, then when is a better time. It's just now is the time to have a book shop that is women centric, celebrating activists, authors and artists," she said.

Cook says many didn't believe a bookshop in Fishtown would work. from technology to cultural differences.

"What are you talking about, brick and mortar is dead. So there is a bunch of historical and reasons why this isn't supposed to work but it's clearly working," she said.

Jeannine A. Cook, owner of @Harriettsbookshop says let’s celebrate Dr. King with joy, music and community! “This is how we build community.” .@KYWNewsradio pic.twitter.com/kDTW5Aj7ka

Cook felt, like Harriet Tubman, she had to be courageous.

"We get to go where others are afraid to go. We can't call ourselves Harrietts and be scared. And the reception has been amazing," she added.