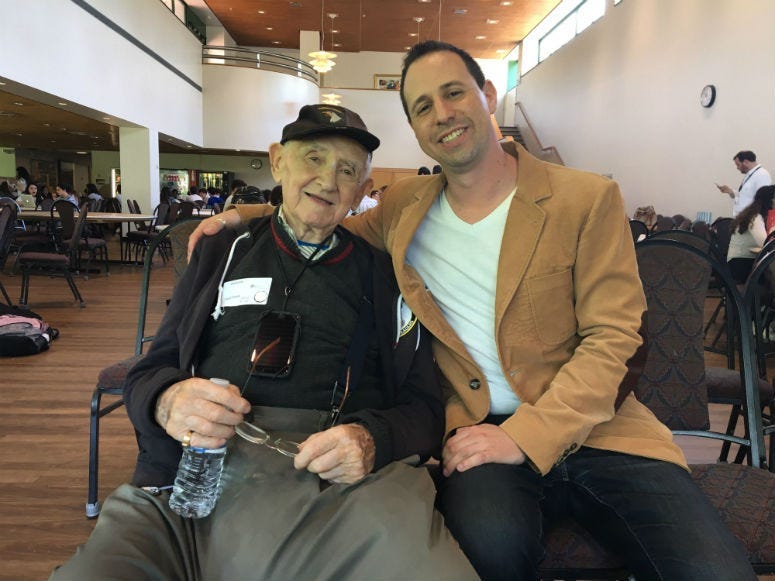 Before getting into his Holocaust story, survivor David Wisnia opened with a song. He says music is what saved him and keeps him going today, and he seems to look on the bright side even when speaking of unimaginable horrors.

"I have a good word in Hebrew: Heyeh Bracha. It means be a blessing," he said.

Wisnia's grandson, Avi, accompanied him on the piano and says his grandfather's story is just one of millions.

Every time the 93-year-old recounts his story of Holocaust survival, he says he relives those traumatic memories.

"When I get to the part of how my family was shot in the Warsaw ghetto, and I still have trouble trying to relay that. It's tough. Remember, I was a kid of 16," he said.

That's just one year younger than junior Bailey Moshal, who says there's nothing more impactful than hearing a firsthand account of the horrors of the Holocaust.

"I mean it's key because the stories that you hear are so shocking that, without physical proof, honestly it's quite difficult to believe that these things actually happened," Moshal said.

And that's why Wisnia says he's continuing to bear witness for as long as he is able, and on Holocaust Remembrance Day, he has a warning.