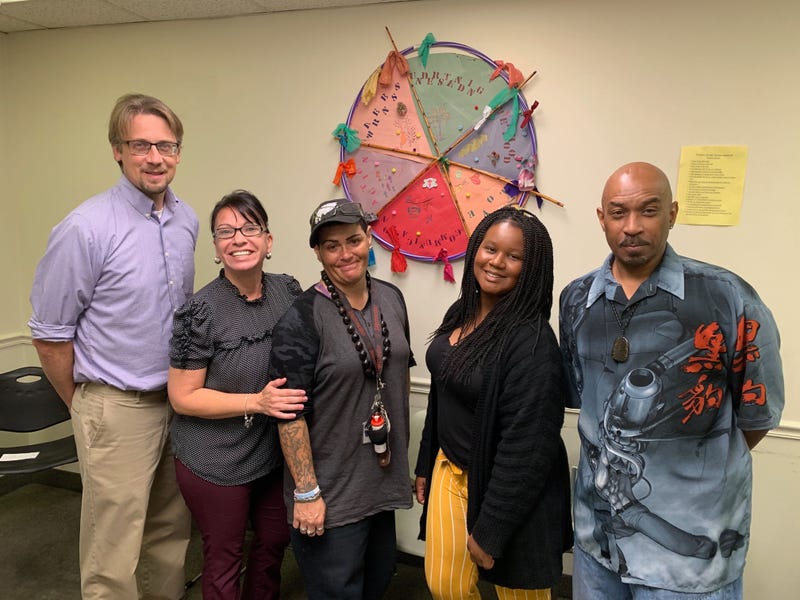 PHILADELPHIA (KYW Newsradio) — Earlier in the year, JEVS Human Services ACT II (Achievement through Counseling and Treatment) was given a grant to help people recovering from opioid addiction find jobs.​

"We are providing educational and employment services to clients who are on methadone in order to support and combat the opioid epidemic Philadelphia is currently facing," explained Maria E Delgado, an employment manager with the nonprofit social services agency.

She said there's often times a "negativity stigma" around people who are fighting the opioid epidemic, but many of those people are hard workers and just need to be given a chance.

So JEVS helps those people find job leads, prepare for an interview and get their resumes ready, including putting some unconventional information on those resumes.

"If there was someone who was dealing drugs," said Delagado, "we would ask them, 'Well, where were you? Were you delivering the drugs? Were you managing them? Were you holding the money?' Because those are three different types of work experiences we can put on your resume."

KYW Newsradio went to a JEVS office in South Philadelphia during this National Recovery Month to see how the program is doing. Delgado said so far they have found jobs for close to a dozen people recovering from addiction.

Gina Albater is one of those people. She shared her story with KYW, which started at a young age when, she said, her dad pointed her on the path to addiction.

"I remember when I was like seven," she said, "he was like 'You're an Albater, so you're doomed for this life. It's part of our DNA. This is who we are.' So, he already mentally programed me that I was going to be a drug addict. Him and my uncle put me in the bedroom with them and he tied up and showed me how to shoot up. He didn't do it to me, he did it to himself and said 'This is going to be your life.'"

She started using at age 13 and didn't stop until she was 33. Once in recovery she found Act II, and took advantage of what they had to offer.

"My resume, I thought it looked nice, but then when they made it for me, their resume was in prime condition," she said. "They added all my personal training and yoga and my animal rescuing, like all the stuff I forgot to add. They put in there so that other employers could see, maybe they want me on their team."

It worked. Albater was recently offered a job as a cleaner at different locations throughout Philadelphia.

She still aspires to be singer one day, a dream she's had since she was a child.