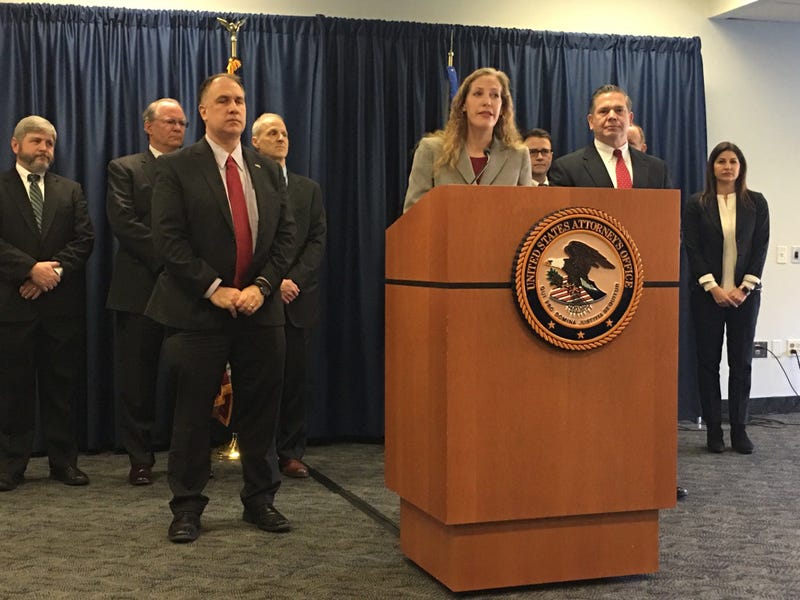 Press conference on indictment of John Dougherty and Bobby Henon about to start #Philly ⁦@KYWNewsradio⁩ pic.twitter.com/jMh2PXA4Tv

Collectively, the defendants are accused of embezzling $600,481 from Local 98, according to the U.S. Attorney's Office. In total, federal prosecutors announced 116 charges against the union officials.

According to the indictment, Dougherty used his control as business manager of Local 98 "to repeatedly and persistently steal from Local 98 and put his own self-interests over that of the membership of the union."

He used Local 98 as his personal bank account, utilizing three Local 98 credit cards in his name to purchase groceries, household goods, and meals, as well as a way to pay contractors who worked on his home and other personal properties, including a tavern pub that he owned. He also used the account to divert union funds to others for personal use.

Prosecutors say Henon accepted a salary from the union for certain services, as did Dougherty. Henon used his position to threaten others, because Dougherty told him to, officials say.