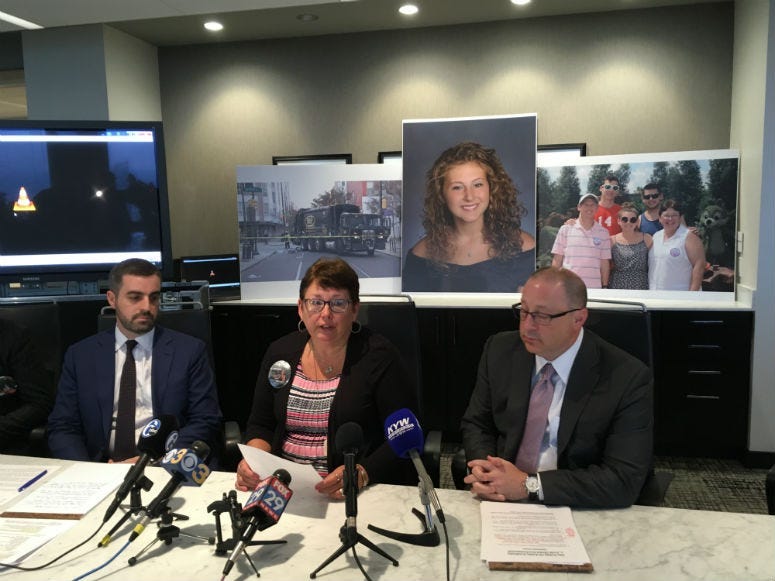 PHILADELPHIA (KYW Newsradio) — A Philadelphia judge has tossed charges against the driver of a trash truck who struck and killed a woman on a bike in Center City nearly two years ago.

Jorge Fretts' defense attorney argued that the 28-year-old driver was not criminally reckless when he hit Emily Fredricks as she was riding her bike near 11th and Spruce Streets — and that it was a terrible accident.

He said Fretts made the right-hand turn from the left lane.