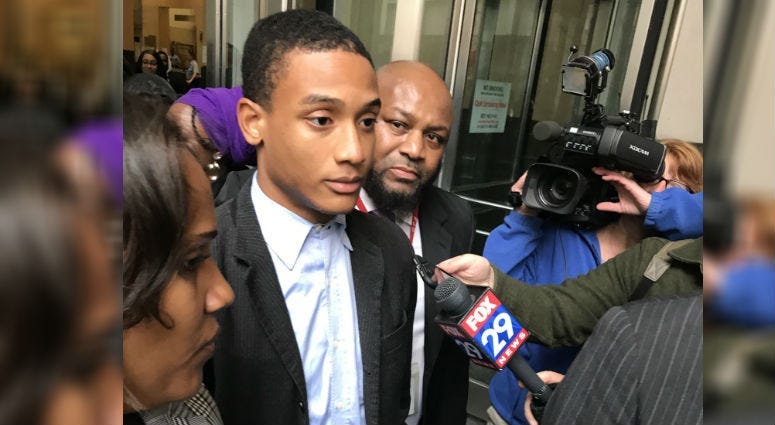 PHILADELPHIA (KYW Newsradio) — Michael White, the man acquitted in the Rittenhouse Square stabbing death of a real estate developer, was in court Tuesday morning, where prosecutors urged a judge to put him back behind bars before his sentencing next month.

The court officer testified that after White was found not guilty in the death of Sean Schellenger last month, she told him he still had to report to her twice a week and call to check in.

White was found not guilty on the voluntary manslaughter charge, but he was found guilty of tampering with evidence. And, he has another case — a bike theft case — pending in court.

Last month, White’s attorney, chief public defender Keir Bradford-Grey, said she was the one who misinformed White on what he needed to do, and told him he didn’t have to report to court.

She also told the judge that White was at work at the time of the hearing — but prosecutors say they found out he was not at work, nor scheduled to be there. The defense countered he has many places of work.

Anthony Voci, homicide chief for the Philadelphia District Attorney’s Office, called a hearing Tuesday and asked White be put back in jail.

In the end, the judge denied the prosecution’s motion. They will all be back in court for sentencing next month.