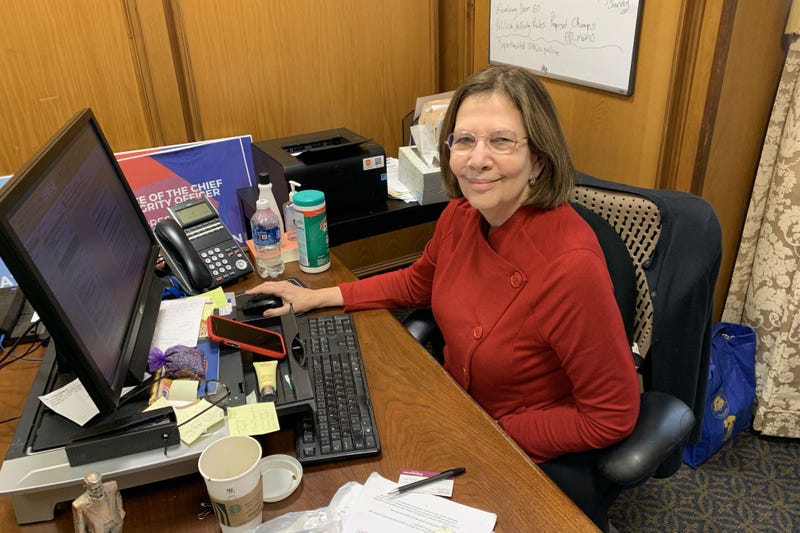 Ellen Kaplan has a resume that screams "good government." From the District Attorney's Office, she went to a judicial reform group. Before joining Mayor Jim Kenney's administration, she worked at the watchdog group Committee of 70. In fact, she says it was her critiques of city government at Committee of 70 that prompted the job offer from Kenney.

"He said to me, 'I need you, if you accept this job, to still say these things to me,'" she said.

Kaplan comes by her commitment to public service honestly. Her father, Herman Mattleman, was School Board chairman. Her late mother, Marciene Mattleman, was a philanthropic whirlwind.

She enjoys policy work and some of her proudest accomplishments are changes to the city's pay to play law to make it easier to comply, tightening rules on the acceptance of gifts and expanding financial disclosure requirements.

Kenney says he hired her to tell him when he's wrong.

"You have to have people around you to tell you things you might not want to hear," Kenney said. "And she did that in a terrific way, and I don't know how we're going to replace her fully."

When the Eagles made it to the Superbowl in 2018, the situation presented some interesting questions for the Eagles fan who occupies the mayor's office.

"First, can he accept the offer of tickets which the Eagles organization had made available? And the optics of accepting," Ellen Kaplan said.

As chief integrity officer, Kaplan had to have that conversation with the mayor. She says hashing out such dilemmas was her favorite part of the job.

"With a lot of the rules of ethics, you either can do it or you can't do it. But then there's a gray area, and the gray area is: Are you going to turn on KYW, are you going to hear something that may make you uneasy?" she said.

Kaplan has navigated the gray area for four years, while expanding the watchdog network with liaison integrity officers in every department and helping to create financial disclosure requirements for boards and commissions and to strengthen rules on what city officials can accept.

It may seem a thankless job. The city's had a hard time shaking that old "corrupt and contented" reputation, but Kaplan hopes she's pushed it a bit further into the past.

"I have been overwhelmed by how many people want to do the right thing," she said.