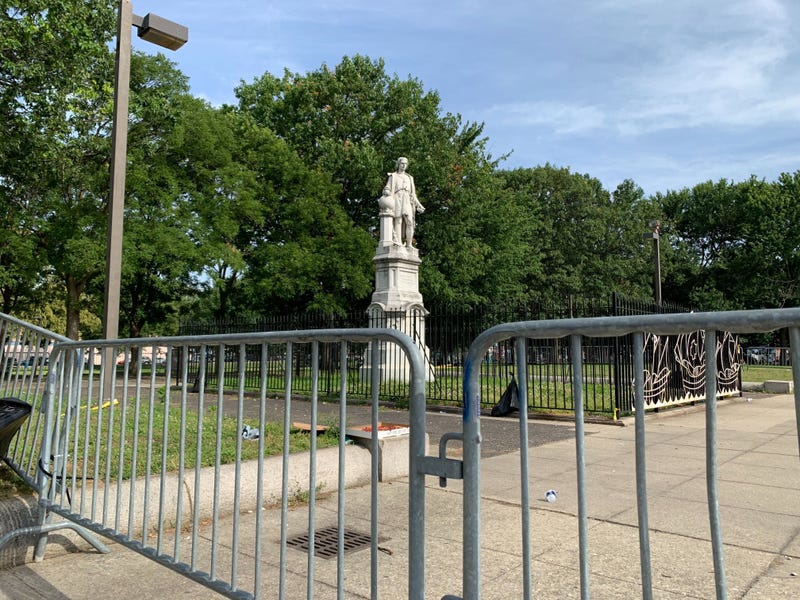 PHILADELPHIA (KYW Newsradio) — Mayor Jim Kenney wants public input on the future of the Christopher Columbus statue in Marconi Plaza, and he’s getting the Philadelphia Art Commission involved to lead the process.

Having viewpoints expressed from all sides, especially from those who are indigenous people, will help determine the future of the statue, said the mayor. Kenney acknowledged there is a complicated history behind Columbus. Supporters cite the explorer setting foot in the New World, while critics cite his brutal treatment of indigenous people.

One question the art commission will have to answer is whether the statue belongs in a public place like the South Philly plaza.

While all of this is being sorted out, the mayor says a "boxing apparatus" will be installed on Tuesday to protect the statue. It is unclear what that will look like. For now, metal barricades surround the statue.