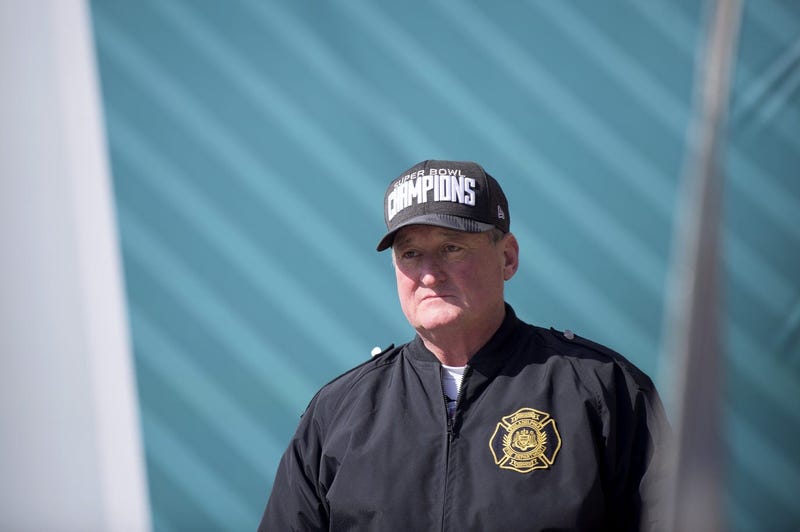 Coronavirus Mystery
PHILADELPHIA (KJYW Newsradio) — Since Philadelphia announced a stop to all large-scale events through February 2021 because of COVID-19 risk, there has been some confusion about whether fans are allowed to attend professional sporting events. Mayor Jim Kenney attempted to clear things up Thursday morning on the WIP Morning Show.

This is especially important for Eagles fans. Game day is a Sunday tradition for thousands of people dating back generations.

To sum things up: Right now, the city doesn’t think it’s safe for spectators to be in attendance.

The situation is fluid, and things can always change, but Kenney seemed skeptical that enough changes would happen to get the Eagles pack the Linc this season.

"If something magical happens and a vaccine develops in the next two weeks, and it starts to cure everybody, and everybody's fine, yeah, we'll go back to some normalcy," he said. "We can go to a tailgate and go tot a 1 o'clock kickoff on a nice, wonderful autumn day and watch football again."

Keeping fans out of the stands also puts at risk the livelihoods of game day employees who depend so much on their jobs in the stadium.

The mayor said he sympathizes with those workers, but he emphasized these games aren’t worth risking one's life.

"Death is final," the mayor said. "The economics and other things, we can recover from when we get this pandemic under control. But I don't want to see anybody put themselves in harm's way and lose their life over any sporting event."

There is also some question of a competitive imbalance. Is it fair if, say, the Dallas Cowboys can get the support of their fans at home games and the Eagles can't?

Kenney didn't put too much stock in that idea: "I put less onus on the crowd noise and size than I do Coach Pederson's ability to coach this team and the players' ability to play."

The mayor made it clear that whatever other cities do, it will not influence how Philadelphia operates.

"If you look at what's going on in Texas right now, the decision to have a half-filled stadium, with people cheering and screaming and pushing those droplets out of their mouth into the view of other folks that could ingest them — I think that's reckless," the mayor said.

Kenney, who has often gone to sporting events in the past, says he won't be showing up this season, given current conditions.

However, Kenney said, it's important to remember the situation is fluid. It's too dangerous now to let fans take in an Eagles game at a crowded stadium, but that doesn't mean it always will be.

"If something changes during the course of the season, we will certainly re-evaluate. But based on the information we have right now, it would not be prudent to have a half-filled stadium or a filled stadium."

So, for now, every game day will be a made-for-television experience.

"We have 16 games a year, regular football. Eight of them are away, and we watch it on television. I can't wait to turn on my television and to watch the Eagles play football again."