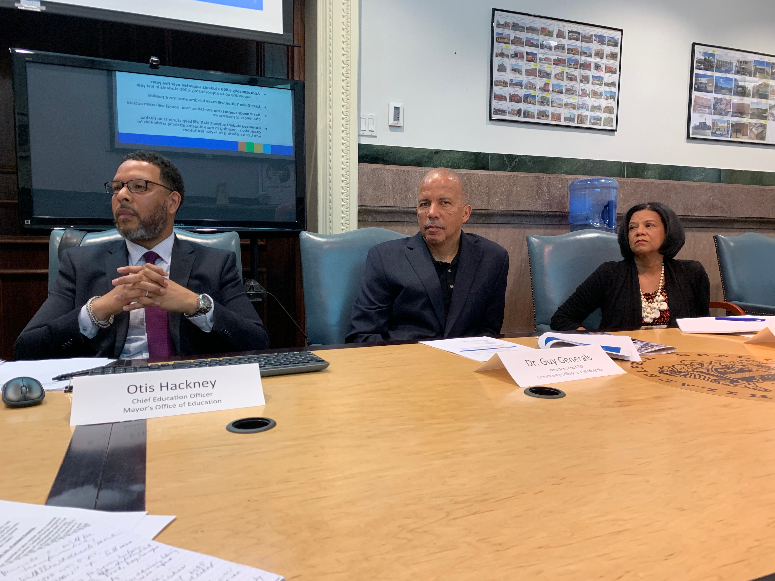 PHILADELPHIA (KYW Newsradio) — Mayor Jim Kenney is set to announce the creation of a new, city-funded scholarship for Community College of Philadelphia students, when he unveils his budget plan Thursday.

Named after one of the mayor's heroes, 19th century civil rights activist Octavius Catto, the scholarship would provide whatever tuition students need after receiving state and federal financial aid, as well as $1,500 each semester for transportation, food and books. A new office at the college would provide extra academic support.

The five-year cost is estimated at $63 million that will come out of the general fund.

The mayor's education chief Otis Hackney says it is a top budget priority.

"It's a huge part of Mayor Kenney's anti-poverty strategy," he said.

The goal is to increase enrollment, retention and the rate of students graduating within three years. It's based on a model at the City University of New York that officials say has shown success in those areas.

"It's an idea whose time has come," he said. "A hundred years ago, high schools were not free and it became a public good because of the Industrial Revolution. Now, we're at a point in society where 60 percent of all the jobs by 2025 will require some level of postsecondary education. We're between 40 and 45 percent. There's a real social, economic need and people are beginning to realize that if we're going to turn this economy around, given the level of education and training that's needed for modern jobs, we have to go beyond high school and find ways to fund postsecondary education."

Hackney has a personal perspective on the scholarship.

"I had a program that provided last dollar tuition so I could continue at CCP," he said, "so when we think about that level of investment, that someone could become a teacher, a principal, a chief education officer, this investment is definitely worth it," he said.