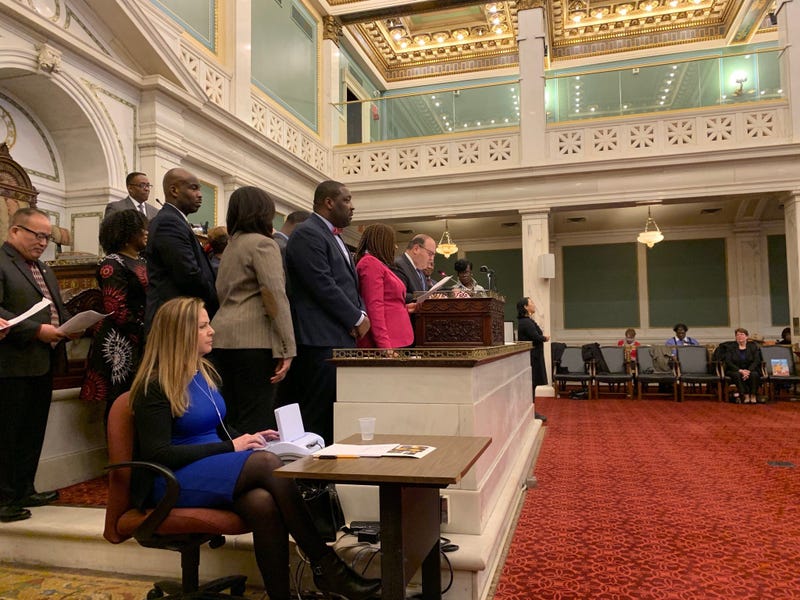 PHILADELPHIA (KYW Newsradio) — As promised, Philadelphia City Councilmember Kenyatta Johnson has pleaded not guilty to corruption charges. He and his wife were arraigned Friday afternoon in federal court.

Johnson gave a full-throated "not guilty" when asked how he pleaded to charges he used his office to benefit officials of Universal Companies for a bribe paid through a contract with his wife, Dawn Chavous.

Chavous was even more assertive about her innocence.

As the judge explained that the terms of bail release included not committing crimes, she said, "I haven't committed any crimes. I'm not going to commit any crimes."

And when he said she also couldn't have a firearm, she said, "We're a 'peace not guns' household."

Both were released after signing a $15,000 bail bond. No trial date was set.