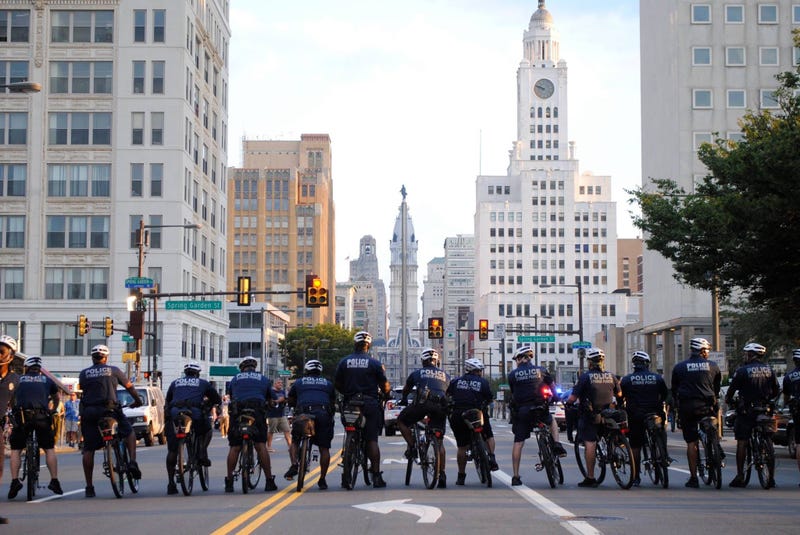 PHILADELPHIA (KYW Newsradio) — The Pennsylvania Labor Relations Board ruled that the Philadelphia Police Department can keep its 2-year-old policy that prohibits visible, offensive tattoos and extreme "body art." The Fraternal Order of Police was trying to get it scrapped, but the board sided with the city.

The department didn't have a policy until an incident in 2016, in which an officer's tattoo of an eagle and the word "Fatherland" raised a storm on social media because it was interpreted as Nazi symbolism. The FOP had defended the tattoo as "no big deal."

The department issued new rules, stating that "a professional and uniform department is critical to advancing public trust and respect." It didn't bar tattoos but said officers must cover tattoos that are offensive, extremist, sexist, racist or indecent, or that are visible on the face, neck or scalp.

The policy has been in place through the FOP appeal, but city solicitor Nicole Morris says the department never established a tattoo review board in the event that an officer disagreed with a commanding officer's order to cover up a tattoo.

She hopes now it will.

"It would be comprised of a deputy commissioner, perhaps a peer, and hopefully someone from the FOP so they could weigh in and say, 'you know what, we don't think this is offensive, going to be offensive to citizens' or they might find the opposite," she said.

"Residents deserve to feel safe and offensive images and phrases, no matter where they come from, prevent that sense of safety and sense of comfort," she said.

The FOP declined to comment on the ruling. They could appeal to Commonwealth Court.