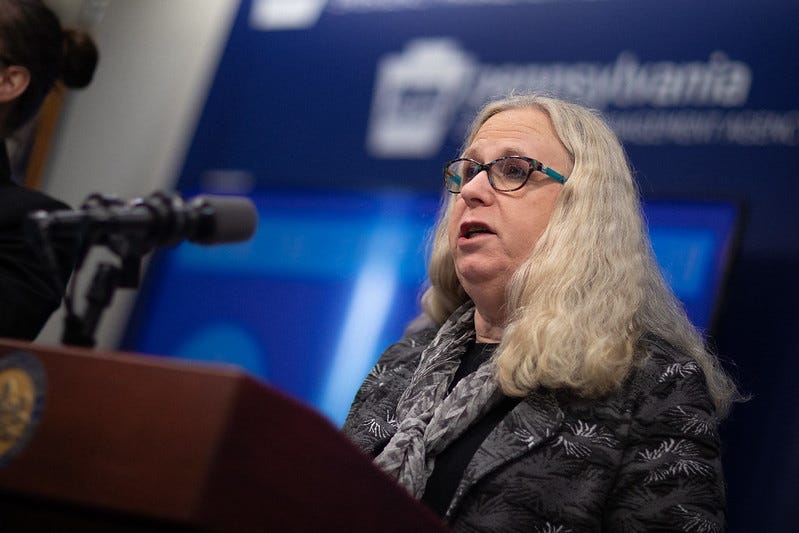 Levine did not elaborate on any one specific incident, saying she’s been hearing about these incidents in the press.

“Your actions perpetuate the spirit of intolerance and discrimination against LGBTQ individuals, and specifically transgender individuals,” she added.

Levine wants to be able to just focus on keeping everyone in the commonwealth safe from COVID-19.

“I have no room in my heart for hatred and, frankly, I do not have time for intolerance,” she said.

Last week, the Bloomsburg Fair apologized after they received backlash for a now-deleted Facebook post of a man in a dress on a dunk tank that many people saw as a direct shot at Levine.

The fair said that was not their intention.

The Bloomsburg Fair announced on Tuesday it is canceled for 2020, saying this decision is over “health and safety” concerns.

Gov. Tom Wolf addressed the Bloomsburg Fair in a series of tweets last week, showing his support for Levine.

I want to talk about the transphobic incident involving the Bloomsburg Fair.This is the latest in a relentless series of vile slurs directed at Secretary of Health Dr. Rachel Levine — a highly skilled and accomplished member of my administration.

She thanked him at the press briefing, and said she accepts any apology as long as it’s sincere, and believes apologies are only the beginning of the conversation.

She added acceptance and welcoming have to also be part of the conversation.

The state now has 1,120 new coronavirus cases, bringing the total number of cases since the beginning of the pandemic to 109,384 and 7,146 fatalities.

Levine also announced that all nursing homes complied with the state’s universal testing order issued on June 8. They had until last Friday to do so.