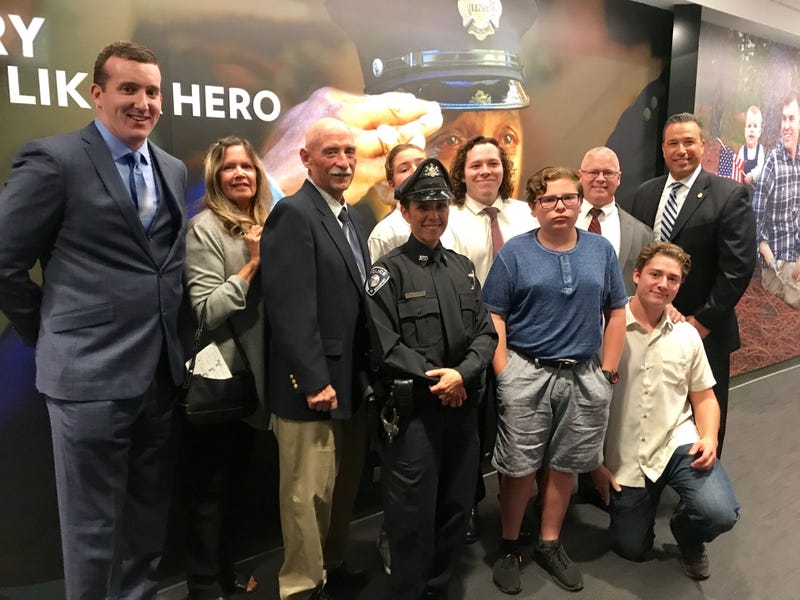 PHILADELPHIA (KYW Newsradio) — For the 14th year in a row, the National Liberty Museum honored more than a dozen police, firefighters, and responders from the Greater Philadelphia area that go beyond the normal job demands.

Philadelphia Firefighter Joseph Rippert is one of the 15 honored with the Award of Valor for their bravery and compassion. Rippert is always ready, on or off duty. He and his wife were asleep in their home one night when they were woken up by the sound of windows breaking and screaming nearby.

That's when Rippert ran into the burning house — with no gear on besides the clothes on his back.

"I tried to drag him out by crawling down the hallway," he said. "I couldnt get him. He was just dead weight, too heavy to move."

The smoke was so heavy that he had to retreat and get fresh air. But he went back.

"Now, I knew where he was. I knew what I had to do to get him out. I got my legs under me and pretty much just held my breath and drag him to the top of the steps."

"She's being honored for her work in helping the Lower Merion Police Department solve a very serious crime that occurred on the main line back in January of this year," O'Donnell said.

Kindle wasn't the only playful one being honored.

Bridgeport Borough police officer Shannon Sell said her nursing background helps her bring knowledge and compassion to the Montgomery County communities she patrols. For anyone struggling with addiction and mental illness, she knows where to send them for help.

"The police are not always the bad guys," she said. "We're here to help you, and we're here to make things right for you."

A exhibit honoring all 15 of the Awards of Valor recipients will be displayed at the National Liberty Museum for the next year.