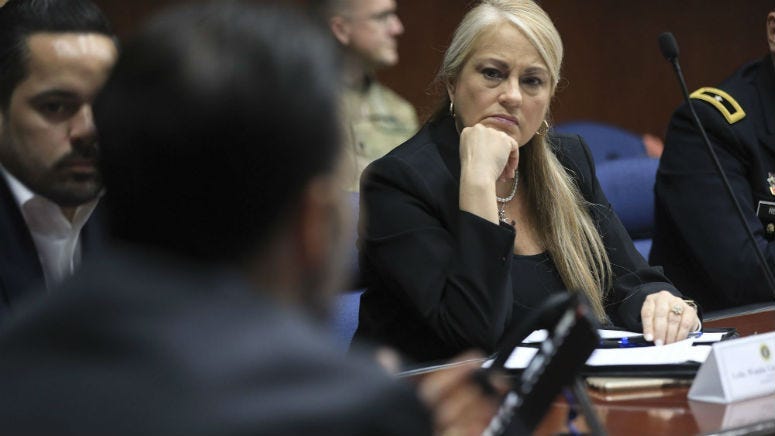 By Ray Sanchez and Eric Levenson, CNN
(CNN) -- Now that Puerto Rico Gov. Ricardo Rosselló has said he will leave office after major protests on the island, Secretary of Justice Wanda Vázquez Garced is next in line -- and in the crosshairs of wary demonstrators.

Vázquez became Secretary of Justice in January 2017. She's an ally of Rosselló, who wished her a happy birthday in a tweet just two weeks ago. She retweeted the post and said her "commitment to justice and the people of PR is unwavering."

Still, she will have to convince many Puerto Ricans that she is more committed to them than to the disgraced governor and their pro-statehood New Progressive Party.

In fact, protestors and critics behind the popular "Ricky, resign" hashtag, or #RickyRenuncia, are now pushing the trending #WandaRenuncia.

"Her positions and her character as a person is well aligned with what Ricardo Rosselló represents," said Mayra Velez Serrano, a professor of