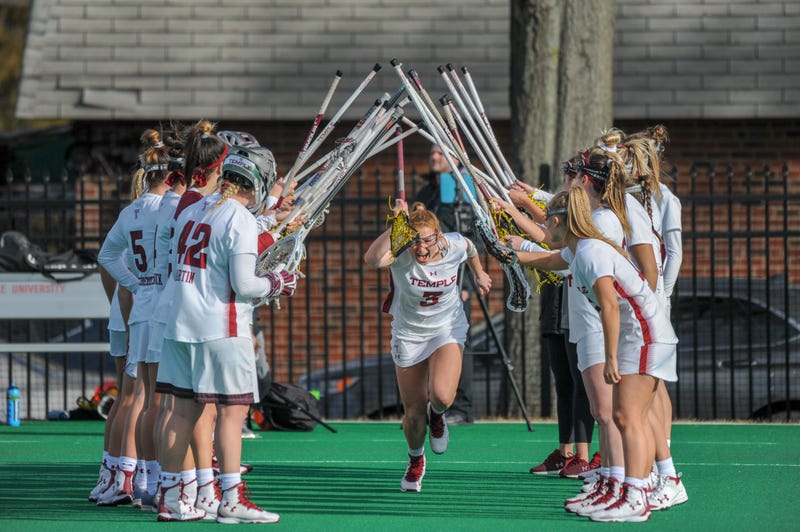 The Owls are led by junior attacker Maddie Gebert, who has scored a team high 24 goals in 12 games this season.

It has become quite apparent that there is very little that can slow down Gebert — not even epilepsy.

Gebert was originally diagnosed in ninth grade of high school.

"I took a couple of tests, I went through an MRI scanner, they didn't have anything come up there. I took an EEG, which is when they plug all the little things into your head ... and they take a scan of all your brain waves. That's when they diagnosed, 'Oh, you could have epilepsy.' "

By that point, she had only experienced one seizure, so the diagnosis wasn't firm.

"If I black out for 10 seconds in class, that could be a minor seizure for me," she said. "But I've never noticed them. So I could be having them, I might not. I'm not sure; neurologists aren't sure and they'll never be sure unless they are taking an EEG of my brain while I'm sitting in class."

The epilepsy emerged as Gebert's lacrosse career was really coming together. She was worried at first that she may have to give up the sport she loves, but her neurologist encouraged her.

"She said basically, 'Look, athletics is great for epilepsy. Working out in general is just very good for epilepsy. It's one of the No. 1 things we recommend, is to keep working out and stay healthy basically,' " Gebert recalled.

The business major is very open about her epilepsy, offering details very matter-of-factly — and that's no accident.

"I'm usually kind of matter-of-fact about everything," she said. "I like all things written out right in plain font right in front of me — no ifs, ands or buts. For me, it's easier to deal with it if I know these are the facts, this is what I have to do every day. I have to take my medication 8 a.m., 8 p.m. and that's it, and as long as I do that I'll be fine."

Gebert said epilepsy has changed her since being diagnosed, but for the better.

"It's changed me a bit in how I go about my life, as far as organizing," she said. "In high school, I used to stay up until 2 a.m. writing papers. I was a huge procrastinator. ... I just never would sleep in high school, and I didn't think twice about it because there was just no need for it — I mean everyone did it.

"Now in college, I know everyone doesn't get much sleep, but I've become much more aware that I need my eight hours of sleep at night. I need to get my homework done early in the night so I'm not stressing about it later on. So if something takes more time that I originally thought, I wouldn't have to worry about not getting enough sleep."

Gebert is coming off one of her best performances of her career, scoring five goals and adding an assist in last weekend's 17-13 win over UConn. The performance earned her the honor of AAC Lacrosse Attacker of the Week.

The Owls take on Cincinnati Saturday at noon.