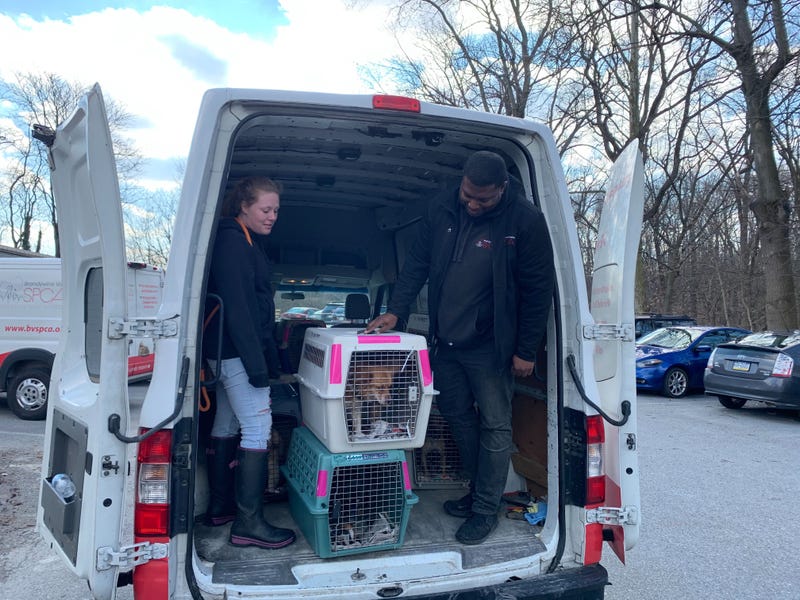 WEST CHESTER, Pa. (KYW Newsradio) — A local animal shelter is bringing in pups from hundreds of miles away, as they work to find them forever homes. These four-legged friends survived a lot to make it where they are now.

The U.S. Geological Survey says 11 earthquakes have hit Puerto Rico over the last month. Dozens of dogs that survived the quakes were scheduled to be euthanized, until the Brandywine Valley SPCA came to their rescue.

"We stepped in to take these animals here and give them a better life here and a chance at being adopted into a home," said the shelter's David Owens.

Owens said this is the second group of pups they've rescued from Puerto Rico in the aftermath of the recent quakes.

"We like to help out other parts of the country just to be able to provide a second chance to animals," he added. "There's no reason that an animal should be euthanized because the resources are not there for them.

Owens said the organization Wings of Rescue flew 140 dogs from the island — 30 dogs on Sunday alone — and now they're getting them spayed, neutered, and ready for adoption. "These animals would otherwise be euthanized. The shelters are overcrowded there, because there's people that don't have homes to go to, so they're sending animals to the shelter," he explained.

The shelter said they're hoping to have the pups ready for adoption in the next few days. some of the dogs even qualify for a special Valentine's day adoption discount, as they search for their fur-ever homes.

This is the second Puerto Rico earthquake dog rescue for the Brandywine Valley SPCA.