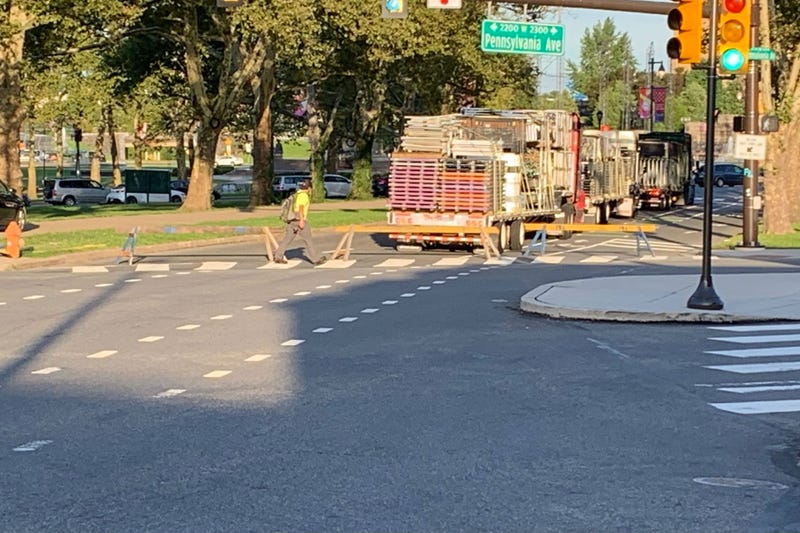 PHILADELPHIA (KYW Newsradio) — The Made in America Festival is the marquee event in Philadelphia for Labor Day Weekend, but it also means street closures days in advance as crews prepare the Benjamin Franklin Parkway.

Thousands are expected to descend onto the Ben Franklin Parkway this weekend. It's the eighth year for the music festival, which will feature four stages of entertainment both Saturday and Sunday.

To assemble all of those stages, crews need traffic-free streets and some parking restrictions as well.

On Sunday, two lanes of Eakins Oval in front of the Philadelphia Museum of Art were closed, and they remain closed through next Tuesday.

Spring Garden Street was shut down between Pennsylvania Avenue and the Parkway today.

And there are other gradual street closures planned for the rest of the week.

This year's headliners are Travis Scott and Cardi B.

music
Ellen DeGeneres to end talk show after 19 seasons: ‘I need something new to challenge me’
music
56-year-old Dr. Dre is shredded again, and showing off his abs on IG
sports
Giants minor leaguer Drew Robinson hits first HR since losing eye in suicide attempt
music
How are these nominees still not in the Rock & Roll Hall of Fame?
sports
Shohei Ohtani goes 7 strong as pitcher, singles, plays an inning in right field vs. Astros
sports
Julius Randle: 'I want to retire a Knick'