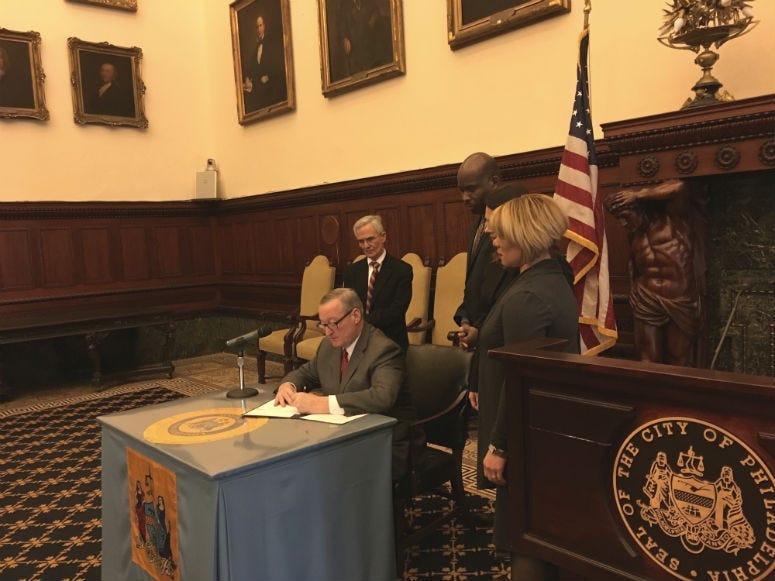 PHILADELPHIA (KYW Newsradio) — Mayor Jim Kenney has created an office to help the city get the most complete count possible on the 2020 census.

The census determines congressional representation and the distribution of an estimated $675 billion in federal funds. After a big push for the 2010 census, Philadelphia showed its first population growth in decades, which helped it get $3.3 billion in funding.

The Philly Counts 2020 office, which the mayor created with an executive order, is meant to mount a similar effort. But Kenney said he fears a proposed addition to the census by the Trump administration regarding a question about citizenship may discourage non-citizens from being counted.

It's almost time for the 2020 Census — and we need to start preparing now. Today I established the new #PhillyCounts office to ensure that Philadelphia’s population is counted fairly and accurately. pic.twitter.com/w5vN0KH9aM

"We know that the addition of this question has added to the already elevated fears in our immigrant communities," Kenney said. "The federal government shouldn't be using the census as a tool to scare immigrants and deter them from being included in the count."

The new head of the census office, Stephanie Reid, hastened to assure non-citizens that census information is legally protected and cannot be used against them.

"We cannot let misinformation deprive of us of our fair share of federal funds," she added.

Reid said the office will be hiring staff to work in communities to assure a full count.

"The census is confidential. The information will not be shared with law enforcement or any other agency," he noted.

The question still may not appear. A judge has ordered it removed, but the Trump administration has asked the Supreme Court to reinstate it.