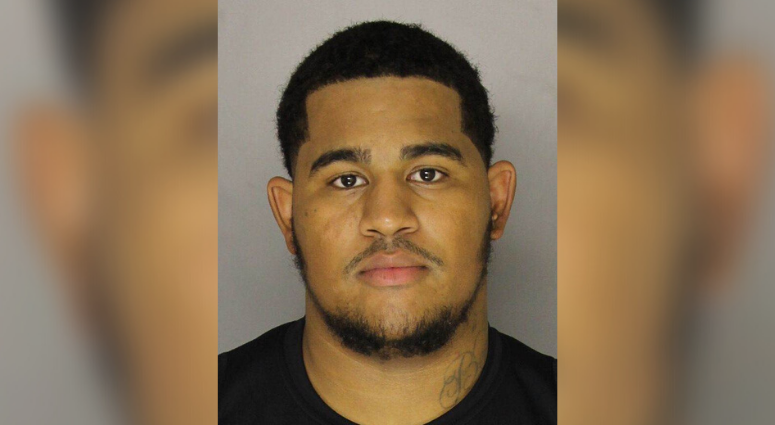 NORRISTOWN, Pa. (KYW Newsradio) — A man is accused of fleeing the scene of a hit-and-run in Norristown because he knew he was already wanted for selling a lethal dose of heroin in Upper Merion.

Manning was driving a dirt bike, which did not have lights. Police say when a car pulled out in front him, Manning slammed on the brakes and dropped the dirt bike to its side, but it crashed into the front bumper of the car.

Surveillance video shows the collision — then the driver of the Infiniti getting out and walking away.

Manning was taken to Thomas Jefferson Hospital by helicopter, where he later died.

In September 2019, investigators say they received a tip that Gaines was the driver.

Investigators say Gaines’ DNA was found in the driver’s seat headrest. And, location services on Gaines’ phone, as well as the car’s infotainment system, matched up to the deadly night in question.

Charging documents say the owner of the car told police that she lent it to Gaines that night in exchange for crack cocaine. She said Gaines told her he took off afterward because he knew he had an outstanding warrant for a drug delivery that resulted in death.

In that case, police accuse Gaines of selling fentanyl-laced heroin that ultimately killed Daniel Marineri in Upper Merion in December 2018. He was eventually arrested in September 2019 and has since been held at the Montgomery County Correctional Facility on $1 million bail.

For the Norristown hit-and-run case, Gaines is charged with an accident involving death and a failure to stop, and not being properly licensed. A preliminary hearing is scheduled for March 4.