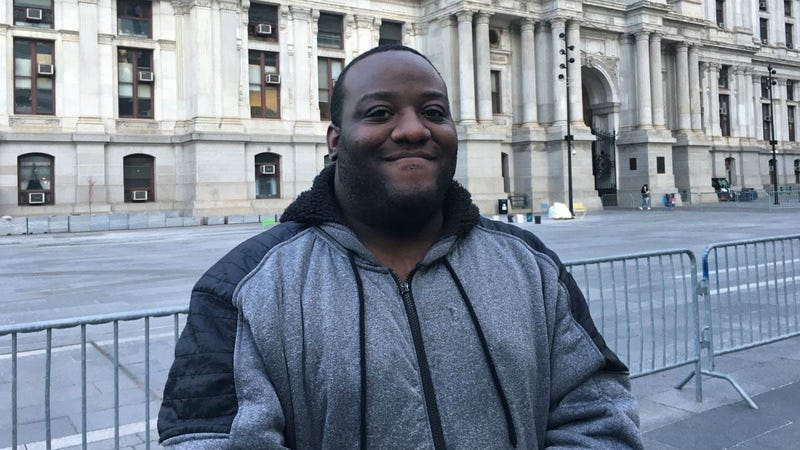 PHILADELPHIA (KYW Newsradio) — Philadelphia City Council-at-large candidate Devon Cade has dropped his challenge to 30 of his 33 opponents. His problems may be just beginning.
Cade said he used "artifical intelligence" to determine that signatures on almost all his opponents' nominating petitions were suspicious. We'll never get to hear the exact process. Friday in election court, as he was about to reveal how it worked, he collapsed to the floor.

Devon Cade's handwritten notice withdrawing challenge to ⁦@PHLCouncil⁩ #councilatlarge may be just the beginning of his problems. Opponents may seek reimbursement of their attorney fees pic.twitter.com/NToCv0a6Hv

"I started getting really, really hot, and my heart started beating really quickly, and then next I looked up, I was in the ambulance," Cade said.

He says doctors told him his blood pressure spiked.

The hearing was rescheduled, but in a handwritten note he asked that it be taken off the docket, saying he was withdrawing his challenge "due to health concerns."

He says he was touched when he saw pictures of his opponents and their lawyers tending to him while he was unconcious.

"They didn't have to do anything, but since they went out of their way to make sure I was okay, I thought that at minimum what I could do is show my appreciation for those that showed their appreciation for me and withdraw my objections to them," he said.

Lawyers in court to defend the challenged at-large candidates asked the judge to retain jurisdiction so they could seek reimbursement of their fees from Cade, which could add up to a hefty sum.

Cade says if they follow through, it would be "heartless."

Meanwhile, Council President Darrell Clarke has not only disposed of a challenge against him, he also lost his only opponent. A judge denied Sheila Armstrong's challenge, and she withdrew from the race, acknowledging that she did not have enough signatures to make the ballot.

There are two more notable challenges yet to be decided — one against incumbent First District Councilman Mark Squilla, and one against former Lieutenant Gov. Mike Stack, who's running for council-at-large.