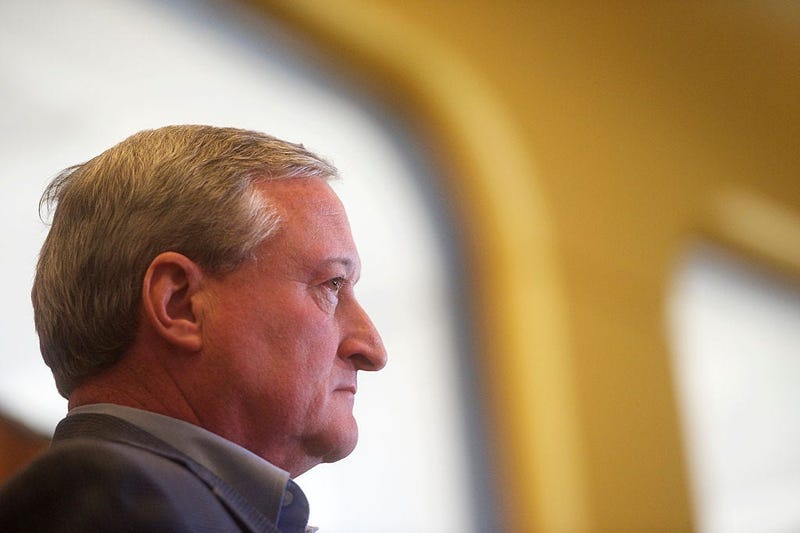 PHILADELPHIA (KYW Newsradio) — When Mayor Kenney heard that the Trump administration had reportedly considered releasing detainees to "Sanctuary Cities," to retaliate against political critics, he would have taken any and all sent this way. While the Washington Post reports the plan never materialized, President Trump is tweeting about it again, saying it remains "a strong consideration."

"I'm not surprised," he said. "They treat human beings like they're not human. I would have taken as many as we could take."

Reacting to @washingtonpost report that @POTUS administration tried to pressure @ICEgov to transport detained immigrants to “sanctuary cities,” @PhillyMayor says @PhiladelphiaGov would have embraced “as many as we could take.” pic.twitter.com/AFJqsXLsci

Reportedly, the discussions came up twice: when the migrant caravan approached the U.S. southern border in November, and again during the partial government shutdown in February, during the spat over funding the president's border wall.

The White House apparently pushed the immigration release as a way to punish Democrats.

Kenney, thumbing through the pages of history in his mind, recalled how the Irish were not wanted here in the mid-1800s.

"I'm an American of Irish descent," he said, "and they treated the Irish just like they're treating these Central Americans and Mexicans and every other people of color who are coming here from other parts of the world."

Responding to the Washington Post, the White House told the paper "it was just a suggestion that was floated and rejected." Now doubling down, Mr. Trump has tweeted "giving strong considerations to placing Illegal Immigrants in Sanctuary Cities only."

Mayor Kenney says he would put out the welcome mat.

"People have come to this country, documented or undocumented, they're hard working and family people, they want a better life," he said. "They tend to open up businesses and employ other people. If they reverse the decision and send people here, I'd be happy to have them."

The newspaper's sources indicated at least two versions of the plan were considered. The Post reported one was to move migrants who were already in ICE detention to the districts of Democratic opponents. The second option was to bus migrants caught at the border to sanctuary cities.