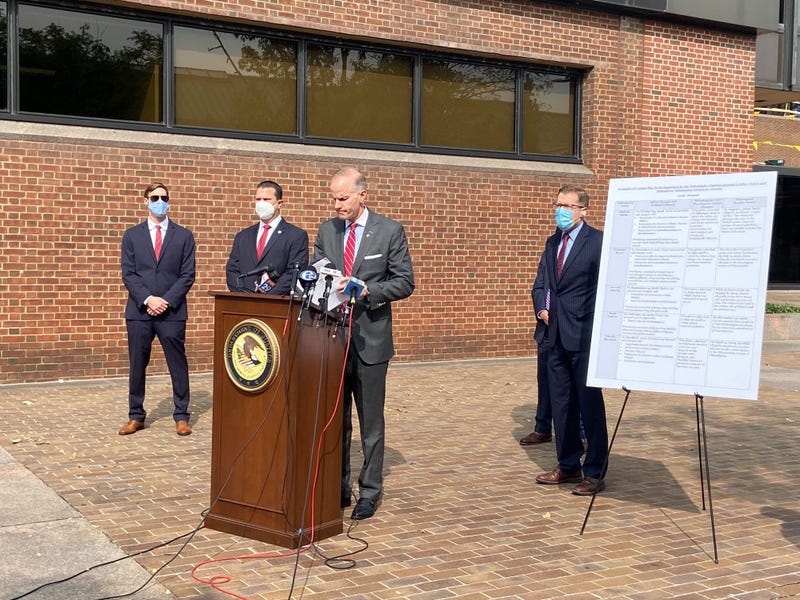 Peterson was pulled out of his car, thrown to the ground, robbed and shot in the torso. He was found on the street by two police officers who rushed him to Temple Hospital, where he died.

A spokeswoman for the Philadelphia District Attorney’s Office said they recommended 25 to 50 years in prison, and provided a portion of the court transcript from the sentencing.

Though prosecutors had surveillance video and other evidence linking Tuggle to the case, the 28-year-old was offered the plea if he gave information on his accomplice, which subsequently was never found.

“And incredibly, the district attorney’s office agreed to the deal, without knowing whether or not the information that Tuggle would supposedly provide would be helpful and without ensuring that Tuggle would identify his accomplice as promised,” McSwain said during a press conference Monday outside the federal courthouse at Sixth and Market streets. “Tuggle got a huge break for nothing.”

Tuggle now faces federal charges that include murder in the course of using a firearm and related offenses, carjacking, and use of a firearm in furtherance of a crime of violence.

McSwain pointed to District Attorney Larry Krasner as the main source for the record-high homicide and shooting rate in the city.

“The district attorney’s policies come at the expense of minority communities,” McSwain said. “It’s literally destroying the soul of the city. In the last month alone, 48 people have been killed and hundreds have been shot, and the average age of victims is getting younger.”

Another man, John Allen Kane, has been federally indicted on felon in possession of firearm after the DA’s office dismissed the case on what McSwain said was a technicality.

“Armed murderers cannot be permitted to walk the streets of Philadelphia in the name of criminal justice reform,” McSwain said.

McSwain went through several other cases, including one in connection to the recent slaying of 7-year-old Zamar Jones, who was shot in the head while playing on his porch this summer.

Michael Banks, one of the men charged in the child’s death, was previously arrested in October 2018 for a felony gun case, but charges were downgraded to a misdemeanor, and Banks was sentenced to three to nine months in prison.

The spokeswoman for the district attorney said it would be inappropriate to comment on a case for another office, and then went on to say “mass incarceration and death by incarceration have not made us safer.”

She also called McSwain a “Trump appointee” who “is doing his boss’s bidding by telling fact-free tales about crime and public safety.”