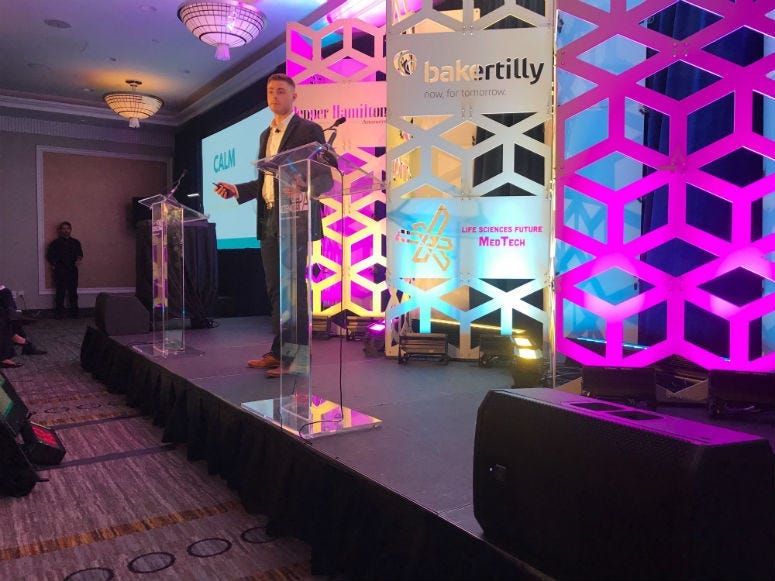 KING OF PRUSSIA, Pa. (KYW Newsradio) — Some of the brightest minds in the region gathered in King of Prussia to show off the latest technology in the life sciences field.

Life Sciences Future brought about 400 people from pharmaceutical, biotech and academic research together with investors.

He said in the Philadelphia region, there are about 60,000 jobs directly in the life sciences, upwards of about a quarter million jobs when you factor in support and everything around the industry.

And, he said this event highlights some of the new technology and ideas.

“You’ll see a lot of young entrepreneurs, many of them still students, post-docs, fellows, working on technology they hope ultimately will help patients,” Molineaux said.

One of those young entrepreneurs was Daniel Couser, a 23-year-old recent Temple University graduate, who’s creating a device called CALM. When the device is held up to the base of the skull behind the ear, it basically tells the brain to calm down.

"Anxiety follows you everywhere, it's extremely difficult and debilitating to many, many people. And being able to develop something to help with that is our goal," Couser said.

He said it’s not a cure, but he came up with it when he realized there wasn’t anything to calm a person in the moment of an anxiety attack.