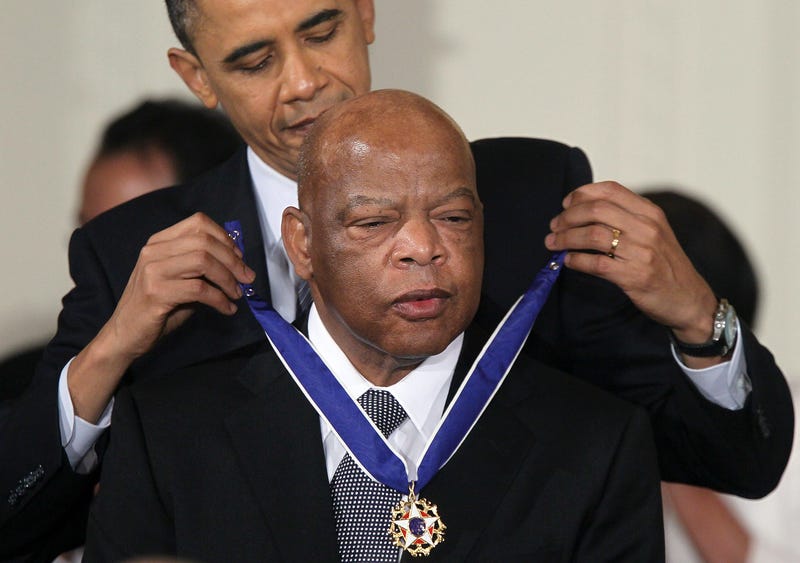 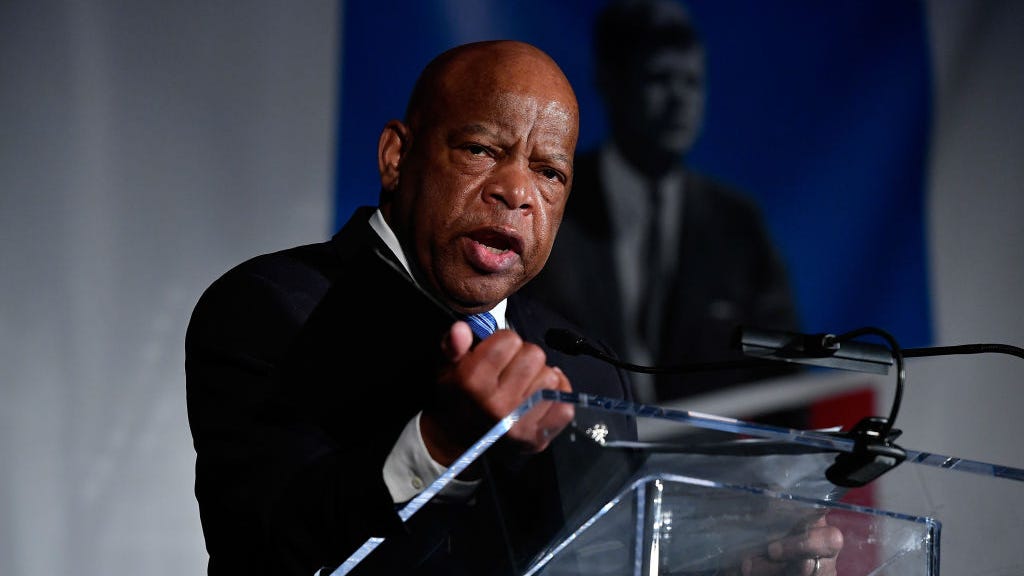 Former President Barack Obama will deliver his eulogy at Ebenezer Baptist Church in Atlanta. Former presidents George W. Bush and Bill Clinton are expected to attend as well. Donald Trump says he won’t be there.

"He was my hero," Ebenezer's senior pastor, the Rev. Raphael Warnock, said in an interview late Wednesday. "He laid it all on the line, at the risk of life and limb."

“And more importantly, they know his record of speaking up, standing out and shaking up the status quo," Kemp said.

Lewis made a name for himself by getting into what he called "good trouble."

He discovered King's sermons while scanning the radio dial as a 15-year-old boy growing up in then-segregated Alabama.

King continued to inspire Lewis' civil rights work for the next 65 years as he fought segregation during sometimes bloody marches, Greyhound bus "Freedom Rides" across the South and later during his long tenure in the U.S. Congress.

"My friends, let us not forget that we are involved in a serious social revolution," Lewis told the huge crowd on the Washington Mall.

"To those who have said, 'Be patient and wait,' we have long said that we cannot be patient," he added. "We do not want our freedom gradually, but we want to be free now! We are tired. We are tired of being beaten by policemen. We are tired of seeing our people locked up in jail over and over again."

In 1965, Lewis was beaten by Alabama state troopers in the city of Selma in what became known as "Bloody Sunday."

Atlanta Mayor Keisha Bottoms says he laid the ground work for her and other African American political leaders, and she will carry on his legacy.

Lewis was later awarded the Medal of Freedom by the nation's first Black president in 2011.

He spent more than three decades in Congress, and his district included most of Atlanta.

Lewis is the first Black lawmaker to lie in state at the capital rotunda.