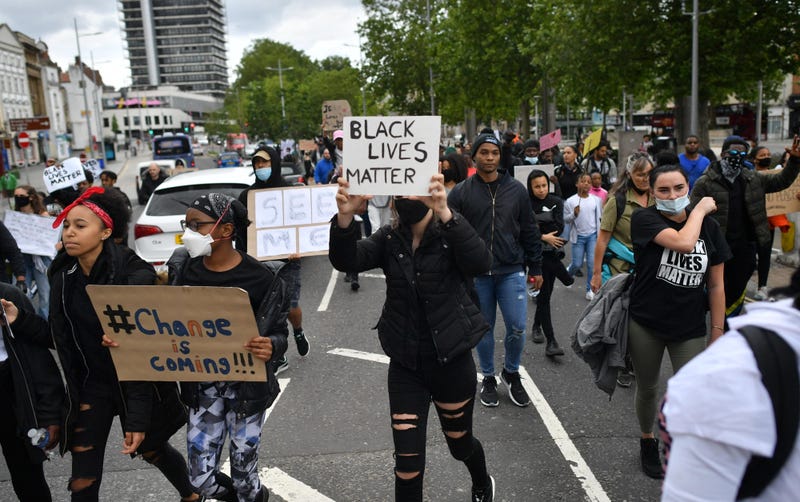 NORRISTOWN, Pa. (KYW Newsradio) — Montgomery County Commissioner Joe Gale has been censured by fellow commissioners for a statement he released on Monday, in which he called Black Lives Matter a "left-wing hate group" and accused the organization of "domestic terrorism."

Chairwoman Val Arkoosh announced the resolution to censure at a commissioners meeting Thursday morning — in part because Gale, a Republican, issued the statement on county letterhead.

Gale said he stands by his statement and said if protesters really believed that black lives mattered, they would be protesting at abortion clinics.

Arkoosh said a county employee would be fired for such an action, but by state law, a county commissioner can be fired only by the Legislature. Censure, a formal statement of extreme disapproval, is the most the commission can do.

"Frankly, I wish we had the power to do more," Arkoosh said. "If we did, I would take it. But this is what we can do, so I will support it. Black lives matter."

A few minutes ago @kenlawrencejr and I took the strongest step legally available and censured Commissioner Joe Gale for his racist comments distributed on #MontcoPA County letterhead. #BlackLivesMatter #GeorgeFloyd pic.twitter.com/wbbVeiyRL4

Gale said he is not trying to "fan the flames." Rather, he said, he wants peace and is calling for law and order, because "that’s the only way to put out these fires."

Anger from the community was evident, as more than 30 people lashed out at Gale during more than an hour of public comment:

“You remain a hypocrite or a coward in or out of office.”

“You are so insensitive and so ignorant. I cannot believe you are one of our commissioners.”

“You’re racist. You’re ignorant. Anyone who supports you or your statement lacks any type of social or moral conscience.”

“You come from the brand of politics where clearly everything to you is like some sort of WWE match.”

“If you cannot see that you have negatively affected the county by what you did, you are blind.”

“An apology will not make up for your hateful ignorance.”

“As a fellow Christian, I beg you, think about your choices.”

Gale said he refuses to be bullied or pushed around for exercising his First Amendment rights. He said he will continue to speak for the tens of thousands who voted for him and the "millions who agree" with him.

“If the Black Lives Matter movement really were concerned about black lives mattering, those protesting me would instead be down the street at Planned Parenthood, protesting the slaughter of black children in the womb," he added.In addition to condemning Gale’s statement, the resolution also directs him to comport himself to a bare minimum standard of conduct that the county requires of its own employees — or, if he will he not, he should resign.