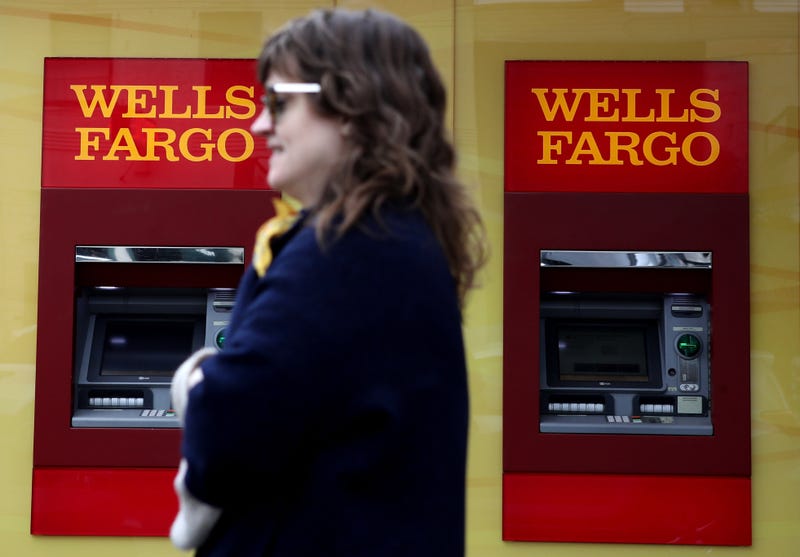 "Wells Fargo, you cannot be trusted!" one unidentified woman said before being asked to leave.

Bruce Marks, an activist investor with a history of disrupting bank shareholder meetings, demanded that Wells Fargo's board be "held accountable."

Parker, who only became CEO last month after Tim Sloan abruptly stepped down, calmly pleaded with shareholders not to speak out of turn.

"I'm going to have to ask you to leave the meeting if you cannot allow me to finish and continue in a respectful manner," Parker said.

The interim Wells Fargo CEO reminded shareholders that the bank could have decided to have a virtual meeting, as other companies have.

"One of the wonderful things about shareholder democracy in our country is that we have meetings like this," Parker said.

The rowdy meeting underscores the outrage still facing Wells Fargo two-and-a-half years after the scandal erupted. The bank remains in the penalty box with regulators and has lagged badly behind its peers on Wall Street.

Sloan, a three-decade veteran of Wells Fargo, stepped down last month after failing to move the bank beyond the crisis.

"I'm committed to addressing the mistakes of the past," Parker said.

Wells Fargo has promised to find an outsider to replace Sloan on a permanent basis.

Betsy Duke, Wells Fargo's chairwoman, declined to provide details on the hiring process but emphasized that the job is desirable.

"The role of CEO of Wells Fargo should attract the top talent in banking," Duke said.

During the regular question-and-answer period, former Marine Robert Martin criticized Wells Fargo for repossessing his vehicle in the middle of the night. Wells Fargo was been fined multiple times for wrongfully repossessing hundreds of servicemembers' vehicles.

Martin said the incident left him and his pregnant life without a car when she had a medical emergency. The couple needed to be driven to the hospital by a police officer. Wells Fargo, Martin said, sent him a check for $10,000.

Wells Fargo executives promised to follow-up with Martin over the matter.