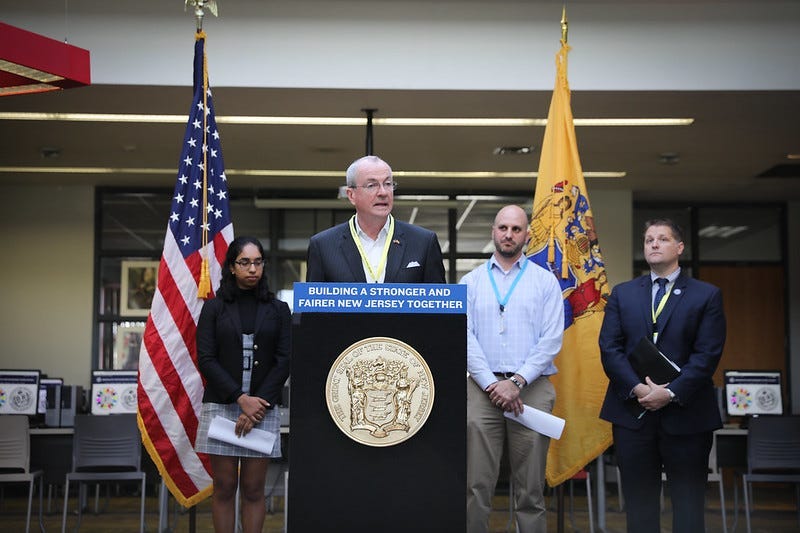 TRENTON, N.J. (KYW Newsradio) — New Jersey voters will decide next November whether to legalize recreational marijuana for adult use. The governor promises to work for its approval, although he’s clearly not thrilled with waiting a year to get it done.

Speaking at an event in Trenton Wednesday, Gov. Phil Murphy admitted that the referendum route was "better than nothing." After all, he had tried twice to have the legislature approve the question but ran into enough Senate opposition to stop it.

And street drug trade will continue for another year, something the governor calls unacceptable.

Murphy says he’ll take some steps soon to address those concerns in the short term.

Proponents have worked to tie legalization to a plan to clear minor, non-violent drug violations from personal criminal records. But given the referendum will be on the same ballot as the presidential election, it’s certain to get more people out to vote.