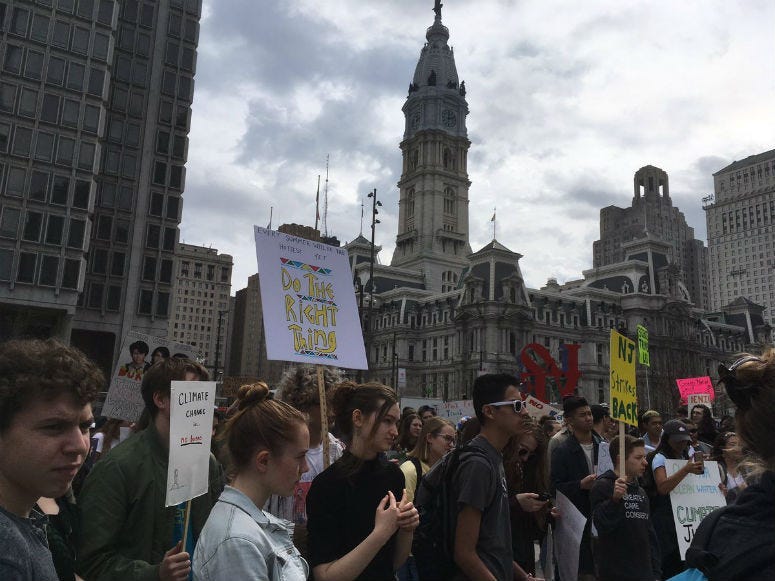 PHILADELPHIA (KYW Newsradio) — The new "Fridays for the Future" movement has many teens skipping school for climate change demonstrations, and a forum is being held Tuesday at Villanova University to discuss student activism.

It's being called not a panel, but an "un-panel," and the focus is "The Power of Activism."

"Their anger and frustration is fueled by what they see as adult negligence and inattention to the issues that are going to most impact them," she said.

RELATED: 'It's our Earth': Philly students skip school to strike for climate change

The movement began last August and is gaining steam. But will it work?

"I think it'll work if they continue to press, to really build their movement, to continue to do radical action, like walking out of school, which causes adults to feel uncomfortable," Conner added.

Conner found that many students became politically active after hearing about changes to the climate coming in the next 40 years and realized there was no time to waste.