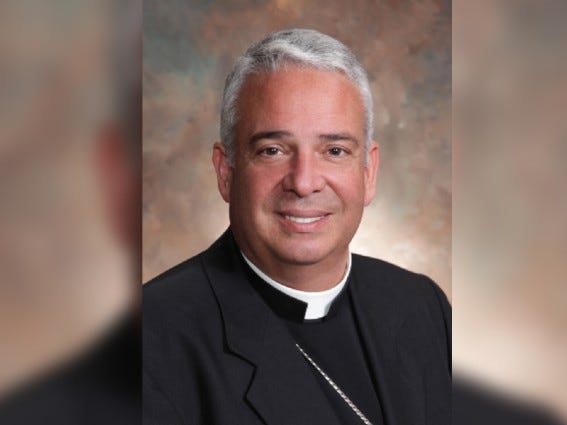 PHILADELPHIA (KYW Newsradio) — Archbishop Nelson Perez is settling into his duties after he was officially installed as the new shepherd of the region’s more than 1 million Roman Catholics earlier this week.

But he insists he has no firm plans for the future of the Archdiocese of Philadelphia. For the time being, he’s focused on listening to his staff, his priests and the faithful.

Perez clearly is a believer in Pope Francis’ directive to the clergy to be among and close to their people. He’s warm and friendly; he’s plain-spoken but has an infectious laugh. He’s even willing to pose for selfies — in church.

As a bishop of Cleveland at the time, Perez congregated with other leaders in Rome in December for meetings with the pope. He said the pope embodied those qualities he advocated for — a hospitable, kind man who reminded Perez of one of his uncles.

“I was the last one to leave so I spent a few minutes with him,” he recalled of some private moments with Pope Francis. “We spoke in Spanish; he asked about how I was doing. He didn't tell me I was coming to Philadelphia. … Who knows, I don't know their timeline, that's above my paygrade.”

Although he says he feels blessed in his new role, Perez is entering the Archdiocese of Philadelphia amid several trials and tribulations. The Catholic Church is struggling financially, parishes and schools have closed, overall attendance is down. Even the day after Perez’s installation, the Diocese of Harrisburg filed for bankruptcy.

And, most notably, the church is in the middle of hundreds of clergy sex abuse allegations and compensation deals, spanning across the country.

“Very painful to read,” he said. “And, at the end, the church of Philadelphia has done a great job in dealing with all this stuff and a sad, sad, sad, sad situation.”

Through it all, Perez is hopeful.

“Hope is not about us. It's about the Lord that walks with us and sees us through. And, that's really at the end the message and calling people to come back home to the church.”