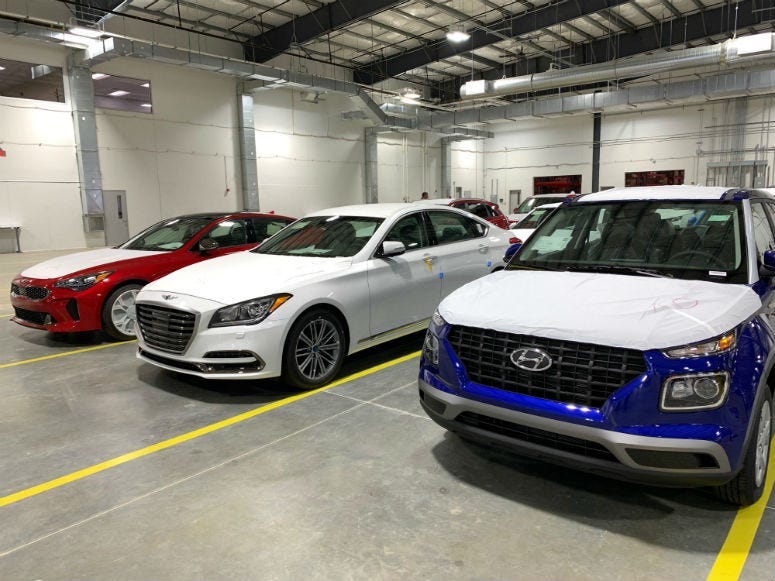 PHILADELPHIA (KYW Newsradio) — More new cars are arriving at the Port of Philadelphia now that a processing facility is officially open next to the Navy Yard, and it's the city's first new port terminal in 45 years.

Gov. Tom Wolf helped to cut the ribbon on the new Southport auto processing facility, where new Hyundai, Kia and Genesis cars will arrive before they're shipped off to dealerships.

"The ILA (International Longshoremen's Association) unloads the cars off of the ships, as you can see out here on the piers. And then the Teamsters take the cars, they bring them into this facility. They fix any scratches or dents that may be on them, they prepare them. Then after that they get on the car trucks to be put all over the East Coast," he explained.

The new facility run by logistics company Glovis America allows workers to process 1,000 cars a day, up from 600.

.@GovernorTomWolf cuts the ribbon at the new Hyundai vehicle processing center at the Navy Yard. pic.twitter.com/AV7YAJwu6s

"This facility today gives us the infrastructure to ramp up our competitiveness to grow jobs and to grow revenues for both the Commonwealth and the City of Philadelphia," Sweeney said.

Sweeney said plans for a rail connection at the facility will help the port expand business even more.