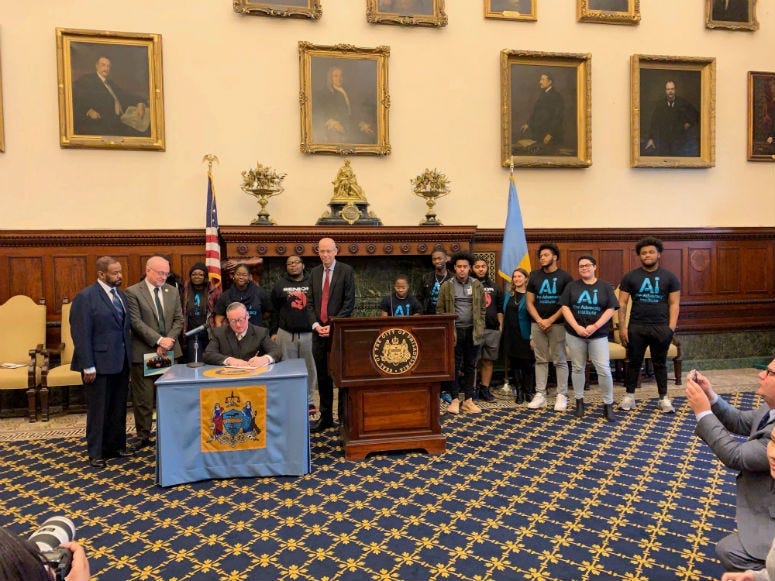 PHILADELPHIA (KYW Newsradio) — Philadelphia Mayor Jim Kenney Wednesday signed two bills designed to protect teenagers from the lure of nicotine, and a group of young people who lobbied for the measures was there to watch.

Health Commissioner Tom Farley invited students from the Advocacy Institute to get a ringside seat for the bill signing. After all, they'd worked on getting the measures passed in City Council.

Jameen Wilford, 17 said they did their homework, studying how flavored tobacco and e-cigarettes are marketed.

"We got flavors like lime and lemonade that are aimed directly at kids, and also the products are placed near candies," Wilford said.

And then they deployed their research in Council.

"We want people to be aware of what tobacco and Juul are doing to our teens," Wilford added.

Store owners will have 90 days to comply with that one.