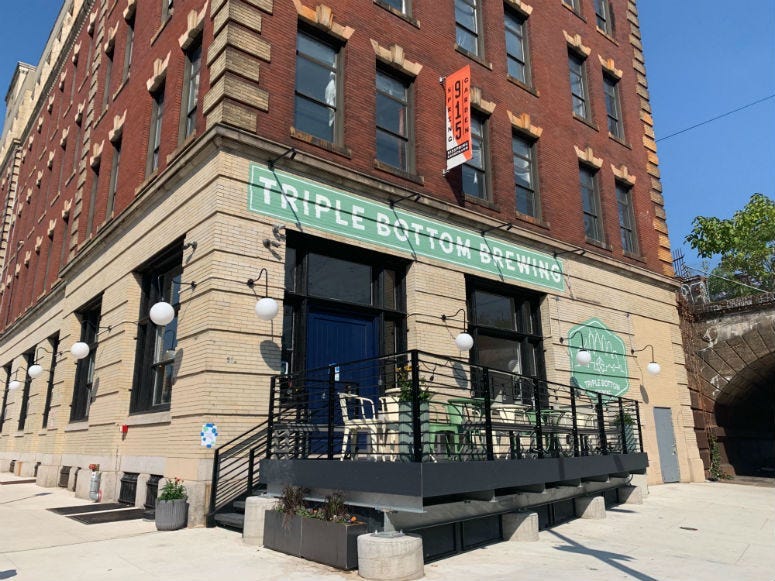 PHILADELPHIA (KYW Newsradio) — Another brewery has opened in Philadelphia at Ninth and Spring Garden streets, but this one's mission goes way beyond the beer. The owners have teamed up with several partners who have a deep social conscience.

"Here, we're crafting great beer but we're also crafting opportunities for folks who may otherwise be excluded from them," explained Tess Hart, who opened Triple Bottom Brewery with her husband, Bill Popwell with a triple bottom line mentality, which, in this case, is beer, people and planet.

They've partnered with Project Home, Youth Sentencing & Reentry Project, and Mural Arts in an effort to find employees who really need a new lease on life.

She says having a job and a place to live has allowed her to dream big.

"Right now, I work part time. But I love it. It makes me just want to continue to work here as long as I can. Maybe this could turn into a career if I let it," she added.

CORRECTION: In a previous version of this story, Dasha Clark-Nedd's name was misspelled.