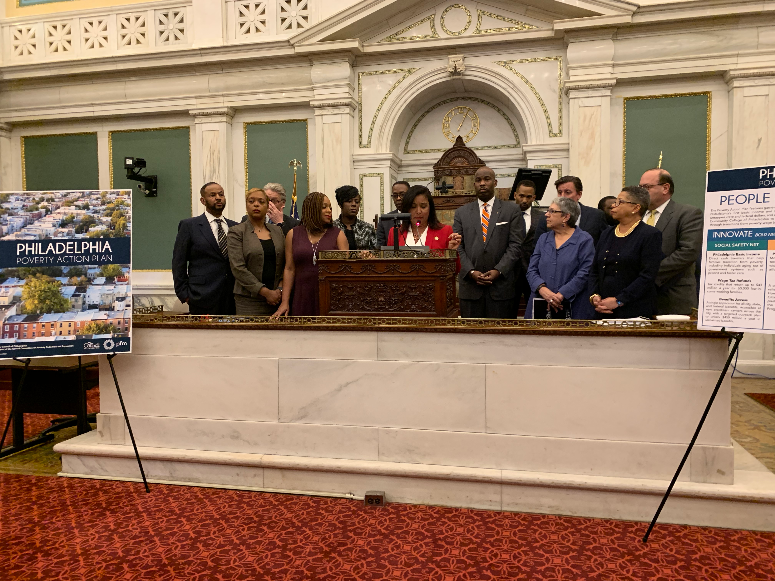 PHILADELPHIA (KYW Newsradio) — Philadelphia City Council put forward some more ideas Tuesday to reach its goal of lifting 100,000 people out of poverty in the next four years.

Council's Special Committee on Poverty Reduction and Prevention released a 14-page booklet — a follow-up to last year's report on narrowing the income gap — and, like that one, it's chock-full of potential solutions.

But the price tag on the most ambitious one — establishing a citywide basic income — is unknown, and other measures, such as increasing the minimum wage, require state approval.

"I started out in Philadelphia almost 50 years ago organizing low-income tenants and never believed I would be in a position where we would be recommending rent subsidies, eviction prevention, homelessness prevention," Gladstein said.

Bill Golderer of United Way says he believes this effort will be different.

"There is this sense of inspiration that this is not bigger than us. Something different could happen if we would just believe and not let the cynicism take over us," Golderer said.