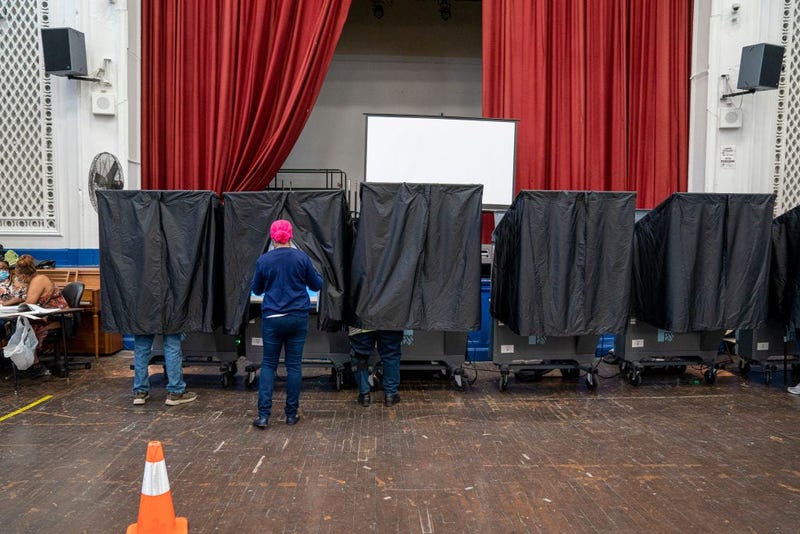 PHILADELPHIA (KYW Newsradio) — Pennsylvania is one of only nine states that have closed primaries, and a new study shows a majority of voters in the state want to change that.

David Thornburgh, president of the Committee of Seventy, an advocacy group for fair elections, said the study by Franklin and Marshall College shows that a majority of Pennsylvanians want open primaries.

The poll showed two-thirds of registered voters in favor.

Thornburgh said last year, a bill passed the Pennsylvania State Senate with bipartisan support which would have created an open primary in Pennsylvania. Senate Bill 300 was the first primary election reform bill in Pennsylvania history, but it never cleared the House.

“That proposal would simply allow an independent voter, who was not registered as a ‘D or an ‘R’ to choose the primary elections in which they would participate. So you could choose to vote in the Democratic primary or the Republican primary but that would allow all voters to participate,” Thornburgh explained.

He said as it is now, there is usually very low turnout for primaries — 1.2 million independent voters cannot vote for a candidate in the primaries.

All voters, however, including independents, can vote on constitutional amendments, ballot questions, and special election contests during a primary.

“I think that a lot of voters have kind of had it with traditional political parties. They see the negativity, they see how difficult it seems to be to reach consensus. And I see in these poll results a strong affirmation that we have to do something different.”

He said traditionally, primaries are low-turnout affairs. But if independent voters were able to vote in those elections, there would be a higher turnout.

“And also some folks point out all taxpayers pay for primary elections and it feels not right to exclude some people from those important elections,” Thornburgh added.

He said the number of independent voters is growing, in part, because of young voters who are tired of partisan gridlock.

He added a number of former governors from both parties support open primaries including Ed Rendell, a Democrat, and Tom Ridge, a Republican.

Former chairs of the state’s Democratic and Republican parties have also expressed support for open primaries.