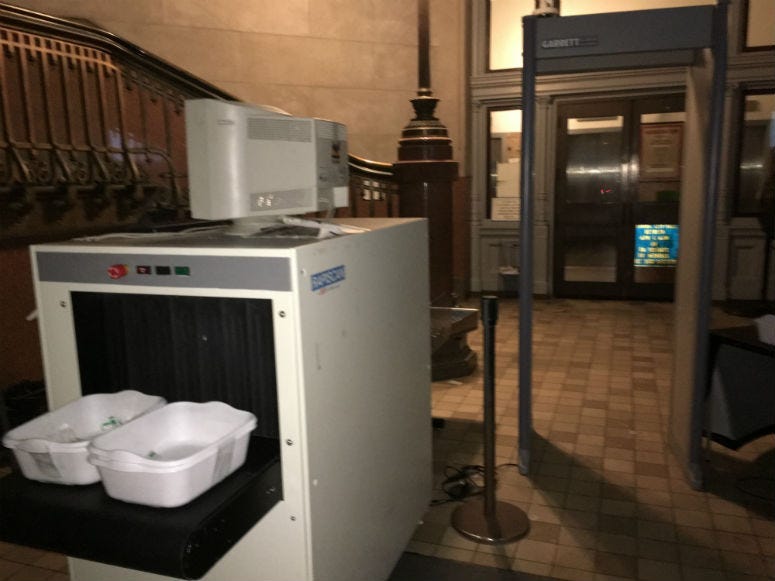 PHILADELPHIA (KYW Newsradio) — Call it a sign of the times: Philadelphia City Hall now has an X-ray machine and metal detector at the entrance. They went in over the holidays, but they'll get their first real test this week when city council gets back in session.

City spokesman Mike Dunn says the new security measures are part of an upgrade planned for all three of the city's main office buildings including, eventually, the Municipal Services Building and One Parkway.

"There's no specific incident that's prompted this in any way. I think it's just a general acknowledgement that security can always be enhanced," Dunn said.

So far, there have been no serious problems at the checkpoint, but traffic's been light. That will change Thursday.

Even with the old system, the line to get in for a council session often snaked outside the door. If the new measures slow things down, wait times would get even longer.

Dunn says officials will be watching.

"It's also possible that this might speed things up. So we'll keep a close eye on it and if there are adjustments that need to be made, we'll do it," he said.

Despite the new measures, a spokesperson said City Council will keep its own metal detector and X-ray machine outside its chambers on the fourth floor.