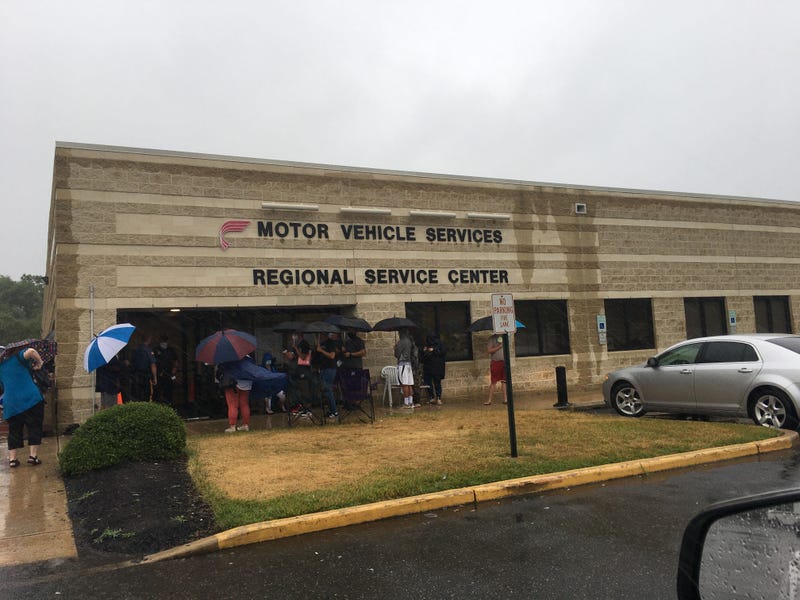 The move follows days of long lines outside of MVC offices across the state since they reopened on Tuesday. It’s the second time expirations on licenses and such have been extended since the pandemic hit.

For expirations between March and May, the new deadline is Sept. 30. For expirations from June through August, residents have until the end of the year. Commercial drivers' licenses were extended earlier to the end of September.

Officials are still encouraging people to do their business online. Those who can’t are now given numbers to make sure they get served. When an office reaches its daily limit, those left waiting will be told to go home.

The agency earlier announced a six-day work week through July, starting Monday, and a halt to employee furloughs to speed things up.

MVC Chief Administrator Sue Fulton said in a press release, “We share the frustration of our customers and hear the complaints loud and clear. Our employees are working hard in a difficult climate to keep up with demand. The furlough exemptions will support expanded staff starting next Monday.”

Many have complained about an operational change planned before the pandemic that is now in effect. Offices are now divided into two specialties — licensing and vehicles — rather than all-purpose service. That change was made, in part, to accommodate an expected surge in demand for federally mandated REAL ID licenses. That mandate, which was set to take effect in October, has been delayed a year in light of the pandemic.

The agency says the switch has resulted in faster service for those who actually get into the office. On Tuesday, for example, the agency says the number of people served was up 15% from a pre-pandemic day in the first quarter of 2020, with higher numbers on Wednesday.