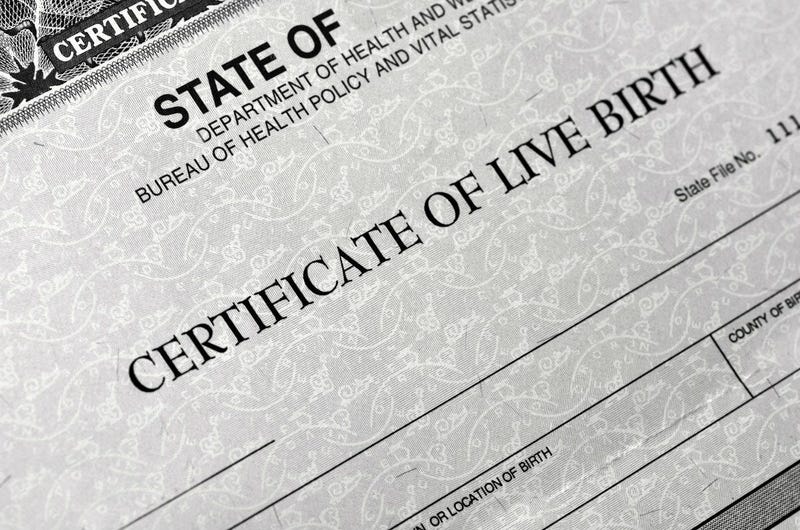 TRENTON, N.J. (KYW Newsradio) — New Jersey now allows residents to change their birth certificates to reflect their gender identity. The state joins Washington, Oregon and California, as well as the city of New York, to allow for what are referred to as gender-neutral birth certificates.

The law took effect on Feb. 1 and covers transgender and gender-nonbinary people who have either undergone gender-confirmation surgery, or who identify as a gender different from what they were assigned at birth, or who perhaps identify as no single gender at all.

The bottom line, says Elnahal, is the individual makes the call about their own identity.

"Previously you had to provide some kind of proof that you underwent gender-reassignment surgery. We know now that a lot of transgender individuals choose not to do that and identify as the gender that they believe that they are," he said.

You fill out a form, provide proof of identity and any legal name change, and mail it all in with a nominal fee.

The state is working on an online option, too.