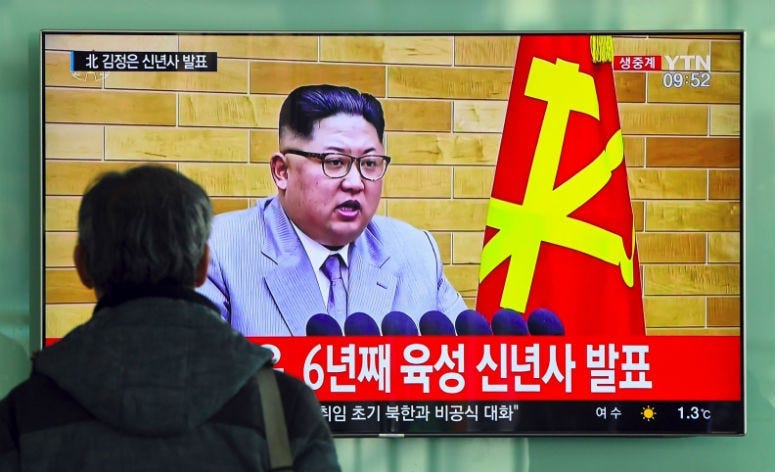 The report, from news agency KCNA, did not state exactly what kind of weapon was tested, nor its potential range. No missile launch was detected by US Northern Command and Strategic Command, according to US Department of Defense officials.

"The development and completion of this weapons system will be a great historic event in strengthening the combat capability of the People's Army," he said, according to KCNA.

"I was often completely moved in admiration at the time of strategic weapons development but seeing this it seems our scientists, engineers and the labor class is truly great. If they are willing then no weapon is beyond creation."

It added that the test, which was "conducted by various firing method on each different targets, had perfectly proved the design specifications of this tactical guided weapon which is evaluated to be superior due to its special flight guidance method and powerful warheads."

Pyongyang last conducted a "tactical" weapons test in November 2018. A South Korean government source with military knowledge told CNN that weapon was likely a piece of long-range artillery "likely to be a multiple rocket launcher." At the time, South Korean Unification Ministry deputy spokeswoman Lee Eu-gene downplayed the significance of the 2018 event, saying Kim had been continuing his inspections in the military sector "intermittently."

Message to United States and its allies?

Vipin Narang, an associate professor of political science at the Massachusetts Institute of Technology who studies nuclear proliferation, said the weapon likely differs from the long-range missiles the North Korean regime has tested in the past few years.

"We don't know what it is but if it's another 'tactical system' like an MRLS (Multiple Launch Rocket System) or a coastal defense system, or air defense, it would seem to be consistent with Kim potentially reminding both the US and (South Korea) -- in a calibrated way -- where things could go, if the US especially doesn't moderate its negotiating position.

"With rebuilding Sohae, continued activity at ballistic missile facilities and Yongbyon, and this, Kim seems to be suggesting 'I've loaded my gun, but I am not going to fire ... just yet,'" he said, referring to key testing facilities in North Korea.

The test comes amid an apparent effort by the United States to re-engage high stakes nuclear talks with North Korea after a failed Hanoi summit earlier this year between Kim and US President Donald Trump.

In February, Trump and Kim left the Vietnamese capital without a deal, in part due to disagreements over trading sanctions relief for North Korea scaling back its nuclear program.

The February summit, the second since the two leaders met in Singapore last June, was expected to build upon their agreement to "work toward complete denuclearization of the Korean Peninsula."

Nuclear talks with Pyongyang have seemingly been stuck in neutral since the abrupt end to a summit.