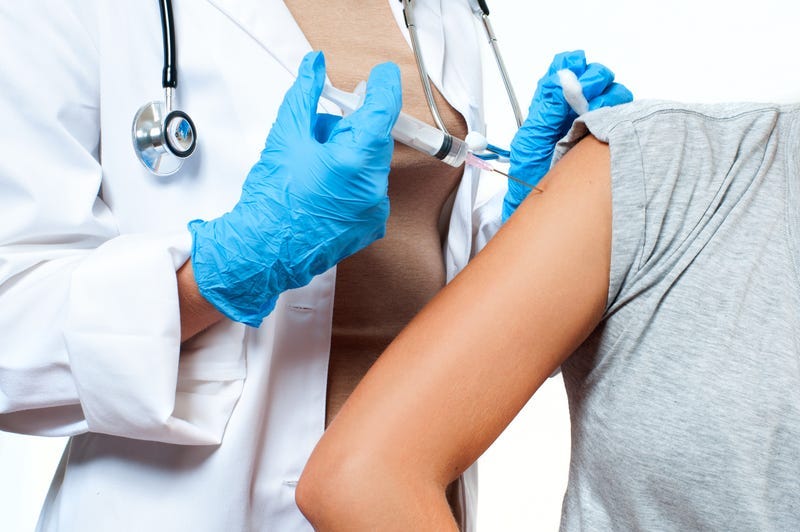 PHILADELPHIA (KYW Newsradio) — Pennsylvania's health secretary is reminding families that childen have the month of August to get up to date on their immunizations before they start school in the fall.

Dr. Rachel Levine says state immunization rules changed two years ago. She says now parents and guardians have just five days from the start of school to get children fully immunized. The time period used to be eight months.

She says the longer time period meant that kids were unprotected for most of the school year, so they changed it.

"So now is the time in the summer to make sure your child's immunizations are up to date, so they can start school healthy," she said.

She says immunizations are safe and the state's requirements prevent children from getting some serious diseases.

Protections against chicken pox, meningitis and hepatitis B are also required.

Levine adds these immunizations are not just for individuals but for the health of the entire community.

"When we have what is called 'herd immunity,' which means 95% or more of the community has the vaccinations, then we're not likely to have an outbreak," Levine said.

In just a matter of decades, many diseases that were once rampant and deadly are now illnesses that we don't often think about. Levine says that is attributed to vaccines.

"We don't remember polio, but polio at this time of year in the '40s and in the '50s was a scourge, and families lived in fear of diseases like polio. People think of measles as a mild illness, but I have seen in my career, in my training in the '80s, severe cases of measles, with measles brain infection. I have seen severe cases of chicken pox."

More information is available at the Department of Health website.