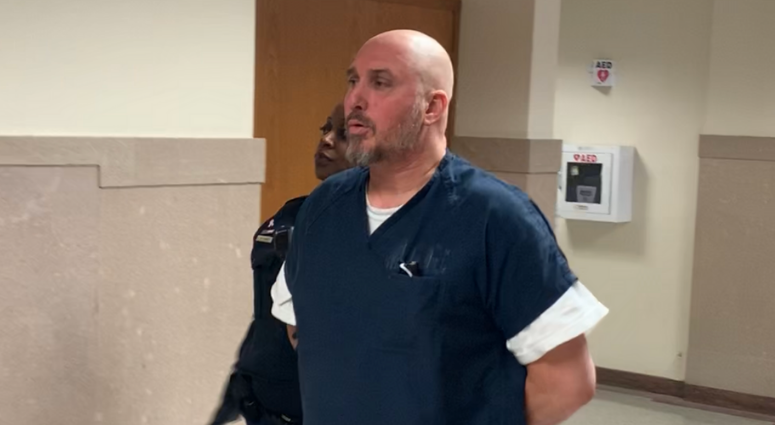 NORRISTOWN, Pa. (KYW Newsradio) — A former Pennsylvania State Police officer who served time for sexually assaulting women while on duty is headed back to prison on a parole violation, after he pleaded guilty to molesting a 15-year-old in Berks County.

Michael Evans served about 8 ½ years of a five-to 10-year state prison sentence after he pleaded guilty to sexual misconduct in 2000. Prosecutors labelled it as a quid pro quo — police assistance in exchange for sex.

Charges against him included two teenage runaways he was supposed to transport while on duty as a state trooper in Skippack: a 16-year-old girl who was waiting for her parents after her home had been burglarized, and a woman who was seeking protection from an abusive boyfriend.

Then in the summer of 2018, during which Evans was nearing the end of his 10-year probation sentence, he fondled a 15-year-old while engaged in a sex act with a 40-year-old woman in the garage of his Berks County home.

“He was a predator,” added prosecutor Roderick Fancher. “He was using a badge as a disguise to prey on women. Twenty years ago, he got a significant state sentence and is out there doing it again now that he’s out of prison. He’s engaging in the exact same behavior, the exact same thing.”

He was sentenced to 2 ½ to five years in state prison for the parole violation.

During his appearance in Montgomery County court, Evans said his plea deal in Berks County is for five to 10 years in prison. Fancher hopes the judge tacks that onto the parole violation sentence instead of running them concurrent “so he serve as much time as possible.”