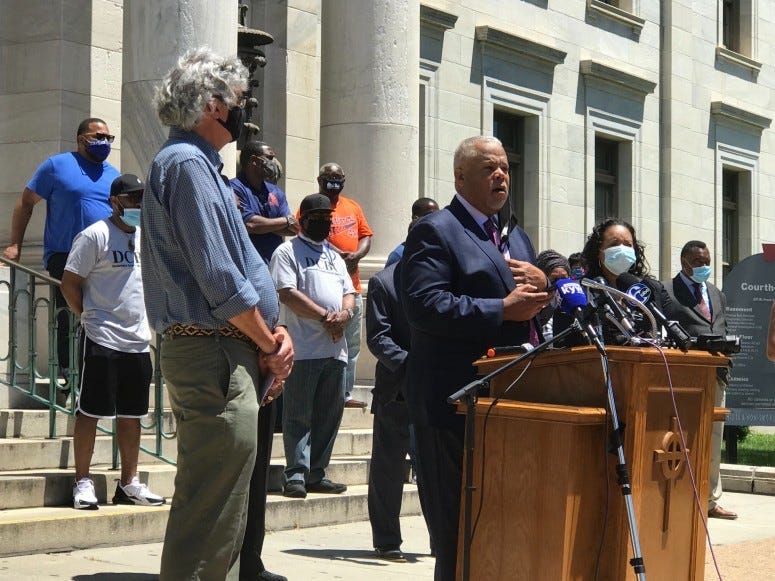 "FOPs across America, you have to change,” state Sen. Anthony Williams said outside the courthouse in Media.

Williams was there to demand Sgt. Robert “Skippy” Carroll, a Media Borough police officer and Delaware County FOP Lodge 27 leader, to not only be terminated but prosecuted for his posts to an Aston sandwich shop owner.

"Police are required in many instances to keep our community safe. But they cannot do that if they are breaking the law, if they are intimidating and using their position to threaten another. That is the exact definition of oppression. They are not meant to oppress us. They were meant to protect and to serve,” said LaToya Monroe, one of the five conveners that leads the DCBC.

Earlier this month, the sandwich shop owner was interacting on social media on topics such as all lives matter, Black Lives Matter, and then was asked if he thought police lives matter.

He responded, "Do they though?"

Carroll then got involved, posting a response on his FOP official Facebook page that read, "If you choose to speak out against the police or our members, we will do everything in our power to not support your business."

And on his own Facebook page, Carroll said, "Try us. We'll destroy you."

Carroll has been put on paid administrative leave as the investigation continues.

Editor's note: Carroll was reinstated to the department on Oct. 16.