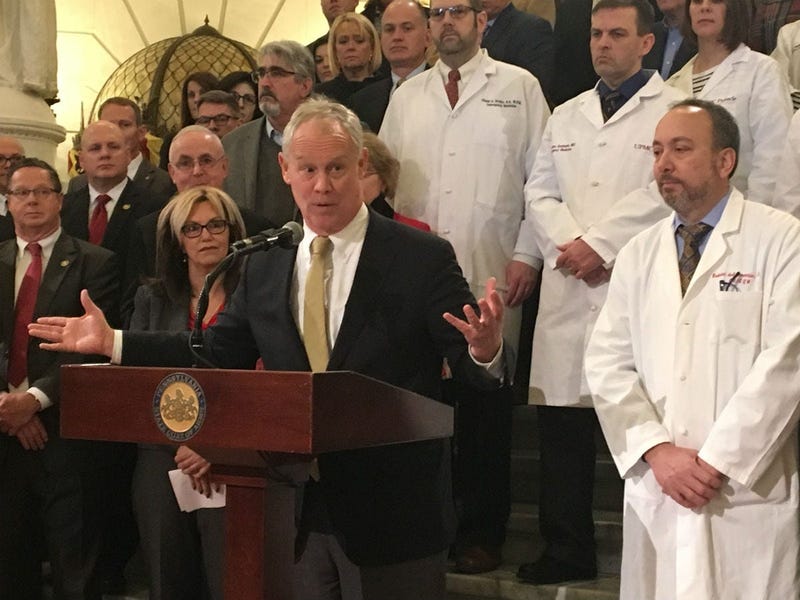 HARRISBURG, Pa. (KYW Newsradio) — Republicans in the state House are warning that a proposed rule change being considered by the state's highest court could plunge Pennsylvania back into a medical malpractice insurance crisis.

In 2003, the Pennsylvania Supreme Court issued a new rule that medical malpractice suits must be brought in the county where the alleged malpractice occurred — instead of filing suits in Philadelphia, where jury awards were routinely higher.

It was one of a series of steps taken to end what was at the time a crisis driving malpractice insurance premiums up and doctors out of Pennsylvania. Now the state high court is considering a repeal of that rule.

Republican Mike Turzai, the state House speaker, says such a step would jeopardize access to health care. He had this word of caution to the Supreme Court:

"Please know that, with this type of step, it is an invitation to a constitutional fight between the powers."

Turzai says if the rule is repealed, the legislature is certain to respond, creating a conflict no one wants.