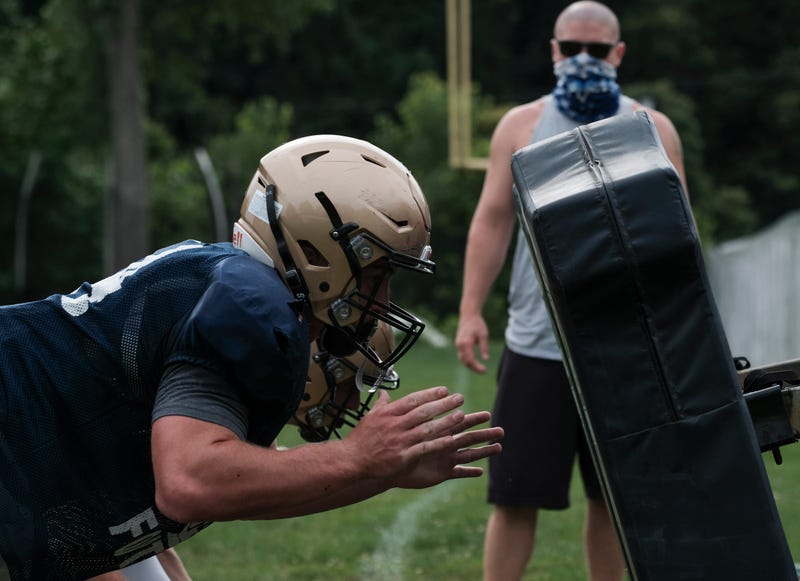 PHILADELPHIA (KYW Newsradio) — Republican state lawmakers are urging Gov. Tom Wolf to sign a bill that would give school districts the final say on holding athletic events amid the coronavirus pandemic — including how many people could attend.

The bill passed the state House and Senate with bipartisan support, 155-47 and 39-11, respectively. It was sent to the governor’s desk on Sept. 11.

Wolf previously said he would veto the bill, and his office says there’s no change in those plans — but there’s also no timeline for when he will announce a final decision.

“Governor, you’ve said in press conferences you want to work with the Legislature — here’s a golden opportunity,” said House Majority Leader Kerry Benninghoff. “Working together — as House Republicans and Democrats and the Senate Republicans and Democrats did in a very bipartisan manner — would be a great opportunity to show our public we’re getting back to that normalcy.”

Republican state Rep. Jesse Topper said it’s time to find a way to say why we can safely do things, rather than why we can’t.

“And that’s why you saw the large bipartisan majorities in both chambers who speak for the people of Pennsylvania, who say this is the route we want to go,” he said.

Opponents of the bill note schools already have the final say on sporting events, but the limits on gathering sizes are important for public safety.

If the bill sits for 10 days without any decision from the governor — in this case, by Sept. 21 — it becomes law without his signature.