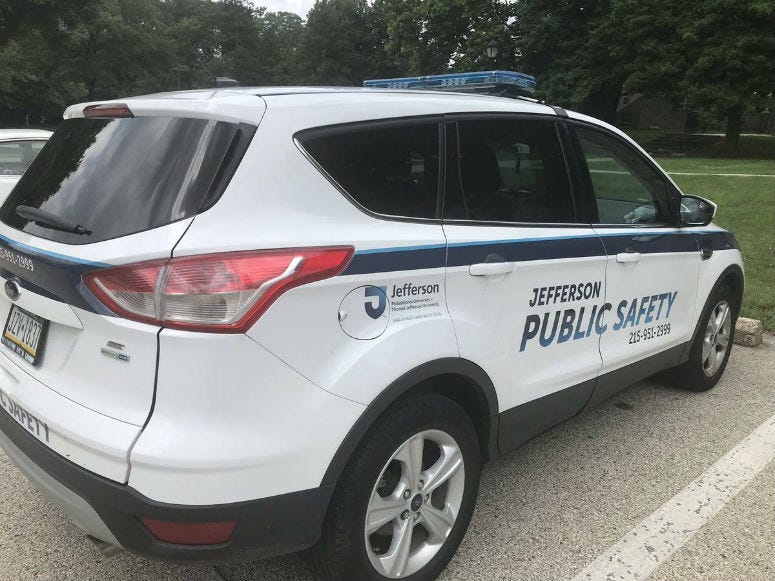 For Justin Young, a third-year student at Jefferson who is on campus over the summer helping with freshmen orientation, an active shooter alert is the last thing he expected to see as he got ready for work.

"I was with my roommate at the time and she was freaking out. It's a normal reaction, especially these days you have school shootings all the time.  It's terrifying absolutely. I called my dad just saying hey this is going on, not sure what it is yet, just don't freak out," he said.

He says prior training let him know just what he should do when he got that alert.

"We locked our doors, boarded things up. I called our security, they let us know it was actually a glitch in their system, and that they were working to send out a message," Young added.

He adds he's not upset with the university for the scare because he would rather be safe than sorry.

Edward Pool was getting ready to drive his daughter from their home in Pennsauken, New Jersey to orientation when they got the alert.

"She shared with me that she got the alert, and I immediately said to her 'well, I guess we won't be going there today.' And I just got on my knees and started praying, because as far as I'm concerned all these kids are my kids," Pool said.

Pool says he was able to breathe a sigh of relief when he found out the alert was just a system error.

"I said trip's back on. We're here, so my baby's about to be a Jefferson Ram and I'm good with that," Pool added.

In a written statement, the university said in part "the alert was sent out due to a resolvable system error during a routine morning test of the Jefferson alert system."