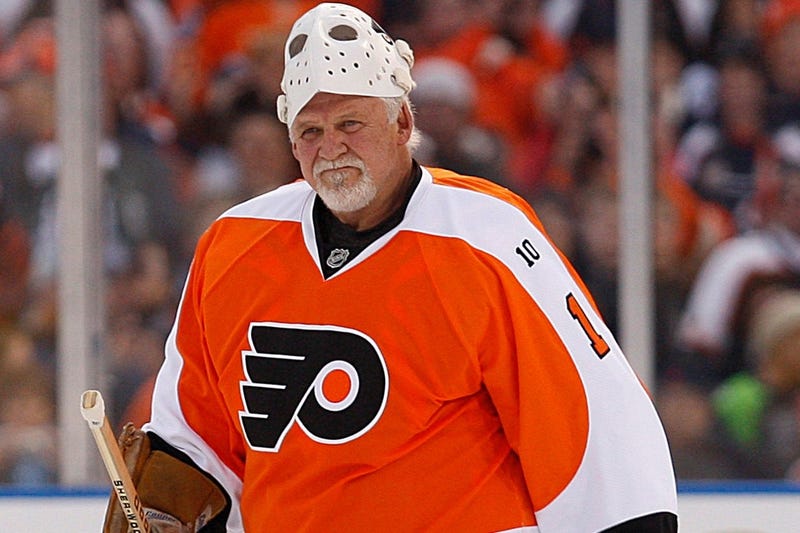 PHILADELPHIA (KYW Newsradio) — The Flyers haven’t won the Stanley Cup since 1975. Before the NHL hit pause on March 12, they were rolling up the standings and playing some of their best hockey since earlier last decade. Many fans were getting excited about what could have happened in April and May.

The coronavirus pandemic put professional sports on hold. And, while there are encouraging signs that games could return — we don’t know what’s going to happen.

“They’re going to win the Stanley Cup with him,” Parent said in a podcast focused on his 1-0 shutout in Game 6 of the 1974 Stanley Cup Final against Boston.

Before the NHL season stopped, Hart sported a 2.42 goals against average and a .914 save percentage. He was 24-13 overall, and especially exceptional at the Wells Fargo Center.

“He has what you call the God-given talent,” the iconic Flyers goalie and Hockey Hall of Famer explained. “You can’t teach that. It’s a beautiful gift from God, ya know. He has the ability to see the plays develop before it happens … helps him to anticipate and be at the right place at the right time. Very, very, very smart, very good, great talent, great goalie.”

Parent is also impressed by Hart’s personality and ability to socialize.

Today is the 46th anniversary of Parent’s masterful shutout against Boston at The Spectrum to win the first of back-to-back Stanley Cups.

“The people — everybody was standing, everybody was cheering, and the whole bit,” Parent said. “The emotion was just incredible, and you feel this as a player. What a wonderful situation with having 17,000 … standing up and cheering for us. It was the most beautiful thing I ever experienced,” he said.

To hear the full conversation with Bernie Parent and Bob “The Hound” Kelly about the 1974 Flyers, subscribe to the KYW Sports Pod on the RADIO.COM app and wherever you get your podcasts.